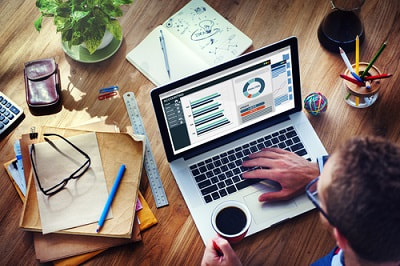 All American citizens and green card holders are required to file a US tax return and pay US income taxes, wherever in the world they live and work.

Thankfully for Americans living and working overseas, there are several ways in which they can reduce their US tax liability, the primary one being the Foreign Earned Income Exclusion.

The Foreign Earned Income Exclusion allows Americans living and working overseas to exclude the first around $100,000 of their income (the exact figure rises a little each year) from US tax liability. It’s important to bear in mind though that:

– The Foreign Earned Income Exclusion isn’t applied automatically – it has to be claimed by filing form 2555 when you file your US tax return.

– So long as you are living outside the US, all of your income, wherever in the world it is sourced, qualifies

– You can claim the Foreign Earned Income Exclusion whether you’re employed or self-employed, which is great news for many expats and Digital Nomads.

Proving that you live abroad

To claim the Foreign Earned Income Exclusion, you have to prove that you live abroad on IRS form 2555 in one of two ways.

If you have settled in one foreign country, you can demonstrate that you live abroad using the Bona Fide Residence Test. This requires you to prove that you’re a legal permanent resident in a foreign country, perhaps using foreign tax or residency documents, or utility bills from your foreign home.

So if you can use one of these two ways of proving that you live abroad, you can claim the Foreign Earned Income Exclusion.

When you claim the Foreign Earned Income Exclusion, it’s important for self-employed expats and Digital Nomads to understand that you can only apply it to your gross income.

If your gross income from self-employment is less than around $100,000, you won’t owe any US taxes anyway, however if it’s over this amount, as in the example above, because the Foreign Earned Income is applied to your gross income rather than your income after deducting your business expenses, you can still be left having to pay some US tax.

One way to avoid this US tax liability, though it must be set up correctly by an experienced expert, is to create a corporation in a country that taxes only income earned in that country, have your self-employment income paid to the new foreign corporation rather than directly to you, and have the corporation pay you a salary.

So in the example above, the corporation would earn $120,000, and pay you a $90,000 salary (the profit after deducting business expenses). As your personal gross income would now be less than the Foreign Earned Income Exclusion threshold of around $100,000, you would no longer be liable to pay any US taxes (and neither self-employment taxes). On the other hand, you would have to file a corporation return, and you may have to file an FBAR (Foreign Bank Account Report) if the foreign corporation has a bank account. All in all though, this may still result in a worthwhile annual saving, depending on your circumstances.

Filing taxes as an American living abroad is typically more complex than for Americans living stateside, so if you have any doubts or queries about your situation, we strongly recommend that you contact an expat tax specialist for some advice.