FBAR FinCEN Form 114 – Everything US Expats Need to Know 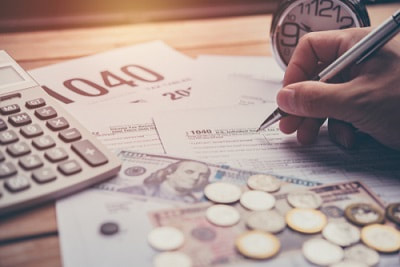 What is FinCEN form 114? The 1970 Bank Secrecy Act requires all Americans, including US expats, to report their foreign financial accounts if the total combined value of their balances is more than $10,000 at any time during a year.

The reporting requirement is known as a Foreign Bank Account Report, or FBAR. For many years, it wasn’t enforced, however since the 2008 financial crisis and subsequent increase in the national deficit and debt, enforcement has been significantly stepped up.

FBAR reporting doesn’t discriminate between Americans living stateside or abroad, so millions of US expats are liable to file an FBAR if they have savings, investments, or pensions in foreign countries.

In practice, if you have foreign financial accounts, including savings, checking, investment, pension, life insurance, or mutual accounts with a combined total balance of over $10,000 at any time during the tax year, you must file FinCEN form 114 to declare all of them.

On FinCEN form 114, you must report all of your foreign accounts, including their maximum balance during the tax year, the type of account, the financial institution (including address), and the account number.

You must also include joint accounts, accounts that you have signatory authority over (such as a business account), and accounts belonging to any organization that you own more than 50% of.

FinCEN form 114 must be filed online by April 15th in the year following the relevant tax year, however there’s an automatic extension available until October 15th . This filing date is new for 2017. Previously the filing deadline was June 30th.

Penalties and the impact of FATCA

The penalties for incorrect FBAR filing, incomplete FBAR filing, or not filing an FBAR when you should, are harsh, and start at $10,000 per year if your non-compliance is deemed to have been non-willful, which is to say unintentional.

Willful FBAR filing violations meanwhile are subject to a fine of either $100,000 or half the balance of the foreign accounts, whichever is greater, again per year.

The Foreign Account Tax Compliance Act (FATCA) was signed off in 2010, and as well as adding to US expat filing requirements (reporting foreign assets), it obliges foreign financial institutions to report their American account holders to the IRS, including account and balance details.

Over 200,000 foreign financial institutions are currently complying, to avoid fines when they trade in US financial markets. This means though that the IRS already knows who should be filing FBARs, and can check the information submitted on FinCEN form 114 against that submitted by foreign banks and other financial firms. This means that while previously FBAR reporting was difficult to enforce, it no longer is.

To avoid fines, we strongly recommend that you catch up with your FBAR filing before the IRS comes to you.

If you are behind with your FBAR and general US expat tax filing, we recommend that you consider the Streamlined Procedure, an IRS amnesty program called that allows you to catch up without facing any fines.