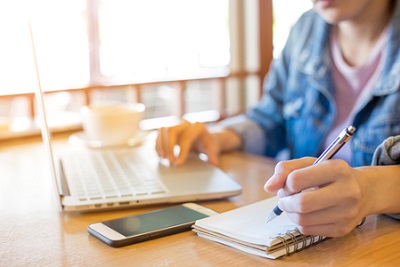 All American Citizens and Green Card holders are required to file US taxes every year, reporting their worldwide income.

For years, many Americans living abroad ignored the requirement to file US taxes, as the IRS couldn’t enforce the rule globally. In the era of internationally connected electronic banking and international information sharing, the IRS now can access expats’ financial information from around the globe.

When expats file, they can claim provisions such as the Foreign Tax Credit and the Foreign Earned Income Exclusion to reduce their US tax bill (and avoid double taxation if they pay foreign taxes in the country where they live). For most expats this means that they won’t owe any US tax, as long as they file.

Based on minimum balance thresholds, expats also have to report their foreign bank and investment accounts by filing a Foreign Bank Account Report, commonly referred to as an FBAR.

Expats have to file an FBAR if they have or control over a total of over $10,000 in foreign registered financial accounts at any time during a year. This means an expat with a checking account, an investment account, a business bank account, and a pension account that all have $2,501 in them and are all registered in the UK for example would have to file an FBAR, as the combined total of the financial account balances that they control exceeded $10,000.

“An FBAR for a given calendar year is due to be filed by the succeeding April 15th, though it may be extended to October 15th by a timely-filed extension form.” – Newsmax

FBARs are filed to a US Treasury department called FinCEN rather than to the IRS, and FBAR penalties can be steep, starting at $10,000 for unintentional violations, such as forgetting to file, or for an accidental error when filing.

A recent court case in the US has clarified how these penalties are applied.

The unusually high number of foreign accounts perhaps inspired the IRS to make an example of him, but in 2017 they decided that he owed $10,000 for each account he had failed to report on time, per year. This came to a total fine of $2.72 million.

The IRS then sued Mr Bittner in the U.S. District Court for the Eastern District of Texas to collect the fines. My Bittner contested that while he had filed late, at most he should only be liable for a $10,000 penalty per year, rather than per unreported account per year, as had been applied in previous cases. After analyzing the Bank Secrecy Act (passed in 1970, which requires FBARs to be filed), the court upheld Mr Bittner’s argument and required him to pay a total of $50,000, for not having filed for 5 years.

The result is good news not just for Mr Bittner, but for all US expats who may not be filing FBARs because they aren’t clear about the rules and so could face future fines if they don’t voluntarily take steps to become compliant.

The IRS has amnesty programs available for expats who are behind with their FBAR filing that mean most expats have an opportunity to catch up without facing any penalties.

Expats who have been filing their US taxes from abroad but not FBAR can catch up using the Delinquent FBAR Submission Procedures program. (The program was launched in 2014, unfortunately too late for Mr Bittner).

For expats who haven’t been filing US tax returns or FBARs, because they didn’t know that they had to, there is another amnesty program called the Streamlined Procedure.

Expats should seek specialist expat tax advice and take steps to catch up at their earliest opportunity to avoid possible future penalties.