Should Expats Claim the Foreign Earned Income Exclusion in Their US Tax Return? 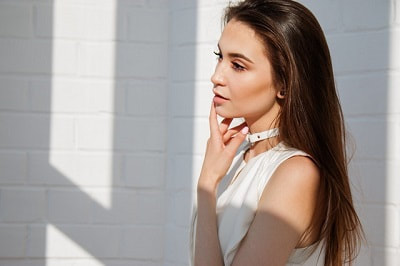 All Americans are required to file an annual federal income tax return if they earn over around $10,000 (or just $400 of self employment income), wherever in the world they live and whichever country their income originates in.

Americans living abroad may also have further US filing requirements under FATCA and FBAR (more about these later).

They may also be liable to pay US income tax on on their worldwide income, regardless of whether they’re already paying tax on it in another country, or whether a tax treaty exists between the US and their country of residence.

The Foreign Earned Income Exclusion is one of the main mechanisms that exempts US expats from paying US tax on their foreign earned income. However, it’s not necessarily the best option for everyone.

What exactly is it?

The Foreign Earned Income Exclusion allows Americans to exclude the first around $100,000 (the figure increases a little each year) of their income earned abroad from US tax liability.

In practice, this takes many US expats out of US tax liability completely.

Under the Foreign Earned Income Exclusion, employment and self-employment income earned abroad can be excluded, however other types of income, such as from investments or rents, can’t.

So should I claim it?

“If you are a U.S. citizen or a resident alien of the United States and you live abroad, you are taxed on your worldwide income. However, you may qualify to exclude from income up to an amount of your foreign earnings that is adjusted annually for inflation . In addition, you can exclude or deduct certain foreign housing amounts.” – the IRS

While everyone’s circumstances are slightly different, the Foreign Earned Income Exclusion is often a good option if either:

– You are a Digital Nomad, living and working abroad without having a permanent residence in any other country, so that you aren’t paying taxes to a foreign government.

– You are resident in another country where income tax rates are lower than in the US. (If you live in a country with higher income tax rates than the US, it may make more sense to claim the Foreign Tax Credit instead.)

How do I claim it?

To claim the Foreign Earned Income Exclusion, you must be able to demonstrate that you are either a permanent resident in another country, or that you have spent a minimum of 330 days outside of the US in a twelve month period that overlaps with the tax year.

FATCA refers to the Foreign Account Tax Compliance Act, a law passed in 2010 that obligates foreign financial institutions to report their American account holders to the IRS. It also requires Americans with foreign assets worth over $200,000 per person (for expats) to report them on form 8938, filed with their annual return.

An FBAR meanwhile is a Foreign Bank Account Report, which Americans with over $10,000 in total in foreign banks or investments (including mutual funds and pensions) again have to report each year.

What happens if I’ve been living and earning abroad but haven’t been filing US taxes?

If you are a US expat but you haven’t been filing US taxes, there is an IRS amnesty program called the Streamlined Procedure that allows you to catch up. You simply have to file your last three tax returns and last six FBARs (if applicable), pay any US taxes due, and self-certify that your previous non-compliance was unintentional.