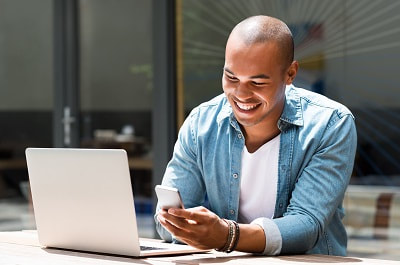 Living abroad is an incredible adventure that inevitably broadens our horizons and minds, thanks to the perspective we gain from living in a foreign country and experiencing a new culture.   American expats still have to file US taxes however, as well as comply with the tax rules in their host country. This is because the US taxes based on citizenship rather than on residence, meaning that American citizens (and green card holders) are required to file US taxes wherever in the world they live, declaring their worldwide income.

Fortunately, there are a number of IRS exemptions that expats can claim to prevent them paying income tax twice on the same income (to both the US and their host country). These include the Foreign Tax Credit, the Foreign Earned Income Exclusion, and the Foreign Housing Credit.

American expats who neglect to file US taxes (and claim the most beneficial exemptions) are at risk of facing a range of IRS penalties though, and may even lose their US passports. The good news is that there’s a way for American expats who are behind with their US tax filing to catch up without facing any penalties using an IRS amnesty program called the Streamlined Procedure.

To catch up with their US tax filing using the Streamlined Procedure, expats must file their last 3 tax returns and last 6 FBARs (Foreign Bank Account Reports, if required), pay any back taxes due (often nil if they claim one or more of the available exemptions), and self-certify that their previous failure to file was non-willful.

So here are the top 3 reasons why expats choose to catch up with their US tax filing using the Streamlined Procedure.

Around 300,000 foreign banks and 100 foreign governments are now sharing tax and banking information with the US government. While we may not like this new interconnected world, it’s a reality, and it means the IRS now knows which expats should be filing as well as where they live – globally.

If/when it decides to, the IRS can apply retrospective US tax liabilities, including penalties, on expats, and if/when these reach $50,000, the IRS can begin the process of revoking an expat’s US passport.

Clearly it’s far better to avoid this potential scenario by catching up with US tax filing now, especially seeing as most US expats if they claim the available exemptions end up owing nothing, so long as they file before the IRS comes to them.

Peace of mind is arguably the biggest benefit expats gain by catching up with their US tax filing and becoming compliant.

Being behind with tax filing is inevitably a worry. Does the IRS know where I live? (Yes!) Will they get in touch? (Probably, at some point). The peace of mind that goes with knowing that your taxes are in order and you are on the right side of the law is a major factor in many expats’ decision to catch up with their US tax filing.

3 – It’s easier than you think

While filing expat taxes is often more complex than filing from in the US, due to having to claim exemptions (and sometimes tax treaty provisions) and the extra filing requirements such as FBAR filing (which is required for expats who have a total of at least $10,000 in foreign bank and other financial accounts at any time during the tax year), expats can seek help with the process from an expat tax specialist firm, and the Streamlined Procedure provides a straightforward opportunity to catch up without facing penalties.