US Expats Compliance Procedures – What You Need to Know 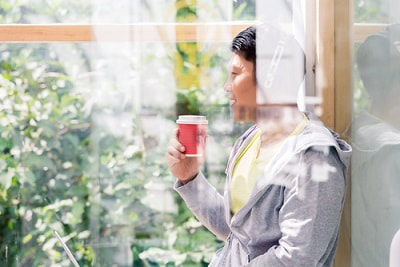 American citizenship comes with rights and privileges, but also with an unusual obligation, in that all American citizens and green card holders, including expats, are required to file a federal tax return to the IRS every year, reporting their worldwide income.

Many US expats are unaware of this obligation though, as it’s not logical, in a way, or consistent with other countries’ tax filing rules, and when expats find out they are often concerned about …

… the possible repercussions of having missed one or more tax filings, and they need to know if they can catch up with minimal cost (and hassle).

Thankfully, a program does exist allowing them to catch up without facing fines; it is called the Streamlined Procedure.

Ongoing compliance procedures for US expats

Before delving into the details of the Streamlined Procedure, it’s worth outlining ongoing compliance procedures for expats.

Expats have to file form 1040 annually just like Americans in the State. Expats receive an automatic two month filing extension however until June 15th, and they can also request an additional extension until October 15th should they require it.

The central purpose of these extensions is to allow expats who file foreign taxes to do so before filing their US taxes, because, instead of relying on tax treaties, US expats have to claim an IRS exemption to avoid paying US taxes on their worldwide income, and the primary exemption (the Foreign Tax Credit) involves claiming US tax credits against foreign taxes already paid.

“After a taxpayer has completed the streamlined filing compliance procedures, he or she will be expected to comply with U.S. law for all future years and file returns according to regular filing procedures.” – the IRS

Alternatively, expats can claim another exemption called the Foreign Earned Income Exclusion, which simply lets expats who can prove that they live abroad exclude up to around $100,000 (the exact figure is adjusted each year for inflation) of their earned income.

To prove that they live abroad, expats must either demonstrate that they are permanent residents in another country, or that they spent at least 330 full days outside the US in a 365 day period.

There are other exemptions that expats can claim, too. Which exemption(/s) are best to claim depend on each expat’s circumstances.

Besides claiming one or more IRS exemptions, expats often have other additional filing requirements too, such as filing an FBAR.

An FBAR is a Foreign Bank Account Report, and FBARs must be filed by expats who have in total at least $10,000 in foreign bank and investment accounts (including any accounts they have signatory authority or control over even if not in their names) at any time during the year.

Expats who aren’t compliant with their US filing obligations can become subject to fines without their knowledge. Missed (or incomplete or incorrect) FBAR filing penalties in particular are very steep, starting at $10,000 for an unintentional error. Furthermore, since FATCA (the 2010 Foreign Account Tax Compliance Act), the IRS now has access to expats’ foreign bank and investment account details, which they can compare to filed (or non-filed) FBARs.

Thankfully though, expats can catch up and become compliant with their federal tax and FBAR filing without facing any penalties, and while retrospectively claiming the exemptions that, for the majority of expats, mean they won’t owe any US taxes.

The catch up compliance procedure for expats is called the Streamlined Procedure, and to catch up using the Streamlined Procedure expats are required to file their last three federal tax returns, as well as their last six FBARs (for any years in which they qualify), and fill in a disclosure form to self-certify that their previous non-compliance was non-willful (meaning that they weren’t willfully avoiding US filing).

The Streamlined Procedure offers a great opportunity for the majority of US expats to become compliant with minimal cost and hassle, and ensure peace of mind going forward.