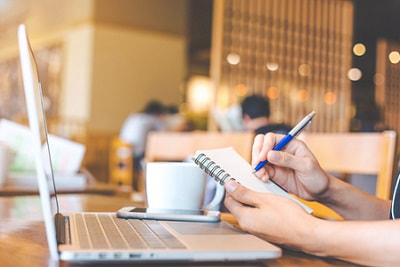 Since the nineteenth century, the US has required all American citizens to file a US tax return, reporting their worldwide income, even if they live abroad.

This leaves American expats around the world exposed to the possibility of double taxation, having to file taxes both to the US and in the country where they live.

While for many years expats ignored the requirement to file US taxes as the IRS had no way of enforcing it, since the Foreign Account Tax Compliance Act was signed in 2010 almost all foreign banks and other financial firms are now providing the IRS with contact and balance information for their American account holders, meaning that the IRS now knows exactly who should be filing and where they are.

Thankfully, the IRS also introduced some ways for expats to avoid double taxation. The most common one is called the Foreign Tax Credit, and it can be claimed by filing IRS form 1116 when you file your federal tax return.

The Foreign Tax Credit allows expats who pay foreign taxes to claim US tax credits to the same value as the amount of foreign taxes that they’ve paid. As many countries have higher income tax rates than the US, this often lets expats not only eliminate their US tax liability entirely, but they may have excess tax credits too that they can carry forward and use later, perhaps after they move back to the US or when they retire.

To claim the Foreign Tax Credit, expats must file IRS form 1116 when they file their annual federal tax return and provide proof of the foreign taxes that they’ve paid.

What sort of income can expats claim the Foreign Tax Credit for?

“If you paid or accrued foreign taxes to a foreign country or U.S. possession and are subject to U.S. tax on the same income, you may be able to take either a credit or an itemized deduction for those taxes.”     – the IRS

Expats can claim the Foreign Tax Credit on form 1116 for any foreign-sourced income that they have paid foreign taxes on.

So long as the income was sourced outside the US, it doesn’t matter whether it’s from employment, self-employment, or if it’s passive income types such as rents and interest.

To give expats time to file their foreign taxes first so that they can demonstrate having paid them when filing Form 1116, expats have an automatic US filing extension until June 15th, which they can extend further until October 15th if necessary.

IRS form 1116 is a short (two page) but complex form to complete.

Information requested on form 1116 includes the country the foreign taxes were paid in, how much foreign tax was paid (in foreign currency and dollars) and on what types of income, for any related deductions and expenses, and finally the calculation of the amount of tax credits being claimed.

Is claiming the Foreign Tax Credit on Form 1116 always the best option?

Whether claiming the Foreign Tax Credit on Form 1116 is the best option depends on each expat’s broader circumstances.

For example, expats who pay less foreign tax than the amount of US tax they owe who claim the Foreign Tax Credit would still owe some US tax (the difference between the two amounts). If they earn less than around around $110,000, they may be better off claiming the Foreign Earned Income Exclusion instead, which simply allows expats to exclude their income (up to an annual threshold, $108,700 in 2021) from US taxation. This is also true for expats who don’t pay foreign taxes. Expats have to meet IRS tests to prove that they live abroad to claim the Foreign Earned Income Exclusion, however.

Another reason it may be benefical to claim the Foreign Tax Credit is if you have dependent children, as you can then also claim the refundable Child Tax Credit.

Expat who haven’t been filing their US tax returns because they weren’t aware that they needed to file can catch up without facing penalties, and claiming the Foreign Tax Credit (or the Foreign Earned Income Exclusion), using an IRS amnesty program called the Streamlined Procedure.