Americans who move abroad are required to continue filing US taxes, reporting their worldwide income.

This means that American citizens abroad often have to file two tax returns. The tax treaties that the US has with around 100 other countries don’t mitigate the risk of double taxation either, as they contain a ‘saving clause’ meaning American expats still have to file.

The requirement for expats to file has been around since the Civil War, when taxpayers started fleeing abroad to avoid the fighting but the government still needed their tax revenue.

However it’s only in the last few years that the IRS has been able to enforce the requirement globally, due to both a raft of tax information sharing agreements with foreign governments, and the Foreign Account Tax Compliance Act (FATCA), which requires foreign banks and investment firms to share their American account holders’ account details. So it’s no longer a viable strategy for expats to assume that they are ‘under the radar’ and so not file.

Need to file US taxes late?

Many expats however still aren’t aware that they have to continue filing US taxes from overseas, perhaps assuming that they are protected by a tax treaty or other mechanism. In fact, although American citizens have to file, when they do they can claim one or more IRS exemptions that alleviate the US tax burden, often to zero.

Expats who just need to file one or two years late can simply back file the missing tax returns.

Expats who are three or more years behind however will need to employ an IRS amnesty program called the Streamlined Procedure to catch up and become compliant.

The Streamlined Procedure requires expats to file their last three years’ tax returns, as well as their last up to 6 FBARs, should they qualify (see below), and also file IRS form 14653 to self-certify that their previous non-compliance wasn’t willful avoidance.

“If you owe Uncle Sam, your specific tax situation will determine which options you qualify for but, regardless, the sooner you address your situation, the better.” – CNBC

Under the Streamlined Procedure amnesty program, expats can also claim the IRS exemptions that reduce their US tax liability, in most cases to zero. Expats who file US taxes late under the program don’t face any penalties or fines, so long as they do so voluntarily before the IRS contacts them.

US tax exemptions for expats

American expats who file US taxes late under the Streamlined Procedure amnesty program can claim one or more IRS exemptions to reduce or eliminate their US tax bill.

Expats who are paying foreign taxes in another country can for example claim the Foreign Tax Credit, by filing form 1116, which allows them to claim US tax credits to the value of the foreign taxes that they’ve already paid. If they’ve paid more foreign income tax than the US tax they owe, the Foreign Tax Credit not only eradicates their US tax bill, but they can roll over their excess tax credits for future use.

Some expats may be better off claiming the Foreign Earned Income Exclusion by filing form 2555, which simply allows them to exclude the first around $100,000 of their income (the threshold rises a little each year due to inflation) from US taxation, providing they can meet IRS criteria to prove that they live abroad.

As well as filing a US tax return, expats are required to report any foreign financial accounts they have signatory authority or control over if the combined balances of all their qualifying foreign accounts exceeds $10,000 at any time during a year. This filing requirement is known as a Foreign Bank Account Report, or FBAR.

Filing US taxes from abroad is typically more complex than filing from in the US, and we recommend that expats who need to file US taxes late seek assistance from an expat tax expert to ensure that they achieve full compliance and that they are filing most beneficially given their circumstances.

Coronavirus Stimulus Payments and US Tax Filing in 2021 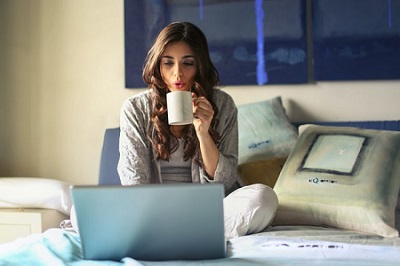