IRS Streamlined Form 14653 – Expats Catching Up with Their US Taxes 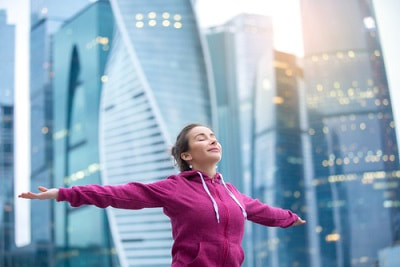 When American expats discover that they are required to file US taxes from abroad, the idea that they should have to file two tax returns, in the country where they reside as well as to the IRS, seems incredible.

The US tax system has been this way since the Civil War though, requiring all Americans to file and report their worldwide income, wherever in the world they live.

When they file, expats can claim one or more IRS exemptions such as the Foreign Tax Credit, and the Foreign Earned Income Exclusion, which reduce most people’s US tax liability to zero, however they still have to file to claim them.

Furthermore, expats are also required to report any foreign bank and investment accounts they may have if the sum of the combined balances of all their foreign accounts (including any they have signatory authority of control over, even if an account isn’t in their name) exceeds $10,000 at any time during the year by filing an FBAR (Foreign Bank Account Report).

Expats must also report any foreign businesses and trusts as if they were in the US, as well as report their financial assets if they exceed $200,000 in total value.

So tax filing for expats is often more complex than it is for Americans living in the US, and the IRS knows who should be filing as it is receiving information about expats’ finances directly from foreign banks and governments.

Thankfully, it’s not all bad news though.

“The IRS may be suspicious of a streamlined filing if the account held a significant sum of money, since a large account is hard to “forget” when giving details to one’s tax return preparer.”
– CPA Journal

In 2014, the IRS re-introduced an amnesty program for expats called the Streamlined Procedure, which allows them to catch up with their FBAR and federal tax return filing without facing any penalties.

To catch up using the Streamlined Procedure, expats must file their last three federal tax returns, their last six FBARs (as appropriate), and self-certify that their previous failure to file wasn’t willful avoidance.

Many expats inquire as to whether there’s a single IRS Streamlined form. As mentioned above though, the Streamlined Procedure requires expats to use form 1040 (which is changing in 2019) for their last three tax returns, as they normally would, and then additionally file form 14653 to certify their non-willfulness.

While the Streamlined Procedure allows expats to catch up without facing any penalties, when expats use IRS Streamlined Form 14653 to certify their non-willfulness, they are also granting the IRS permission to look into their finances to confirm that they didn’t previously willfully avoid filing or paying US taxes.

So in principle it’s possible that the IRS could still prosecute an expat after they’ve caught up using the Streamlined Procedure. In particular, the IRS has started to look closely at expats who catch up and report large foreign account balances in their FBARs. In practice though, it’s incredibly rare for all but the highest earners to encounter follow up issues with the IRS after having caught up using the Streamlined Procedure amnesty program.

For the vast majority of expats, the IRS Streamlined Procedure including form 14653 remains an excellent opportunity to catch up with their US tax and FBAR filing, avoiding penalties, before the IRS writes to them, at which point they normally won’t be able to claim the exemptions that allow them not to pay US income taxes while they’ve been abroad, even if they’ve already paid foreign taxes too.