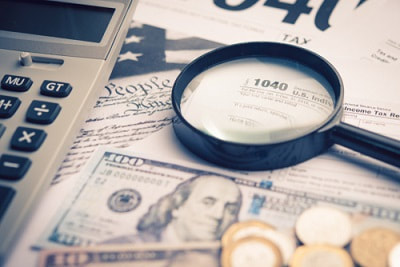 Under the 2010 Foreign Account Tax Compliance Act, also known as FATCA, Americans (including expats) with a certain value of foreign assets have to report them to the IRS each year by filing form 8938 along with their US income tax return.

All Americans who earn over around $10,000 a year, or just $400 of self-employment income, wherever in the world they live or earn, are required to file a US federal income tax return.

(The good news is that if you weren’t aware of your obligation to file a US tax return as a expat, there’s an IRS amnesty program called the Streamlined Procedure that offers a penalty-free path to compliance).

For Americans who live in the US, the minimum total value of foreign assets that must be reported on form 8938is $50,000, however for expats, or, more specifically, for anyone who is either a Bona Fide resident of a foreign country, or who spends a minimum of 330 days outside the US in a 12 month period that ends during the tax year, they must report their foreign assets if the total value of the assets is over $200,000 on the last day of the tax year, or over $300,000 at any time during the tax year.

These figures are per person. If you are filing a joint return, the figures double.

What sort of assets qualify?

Note that tangible assets including foreign currency (held in cash rather than in a bank account), art, jewelry, antiques, cars, and gold don’t need to be reported.

These figures should be converted into US dollars using the official Treasury exchange rates.

“FATCA grew out of a controversial rule. America taxes its citizens—and even permanent residents—on their worldwide income regardless of where they live.” – Forbes

Form 8938 isn’t the simplest form to complete. It has six sections. The first and fifth related to reporting assets held in financial accounts, the second and sixth are for reporting other types of foreign assets, the third is for showing where income from foreign assets is reported in your tax return, and the fourth is for reporting assets excepted from FATCA because they appear elsewhere in your tax return.

Form 8938 has space for two assets in each of the two categories (those held in financial accounts, and others), so if you have more than two assets to report in either category, you should use multiple forms.

If you have foreign financial accounts, such as bank, investment, and pensions accounts, whose total value is over $10,000 at any time during the tax year, you are required to file an FBAR (Foreign Bank Account Report). This is a separate filing requirement to filing form 8939, even though there may be overlap between them, in terms of reporting the same accounts on both.

What are the penalties for not filing form 8938?

Penalties for failing to file form 8938, or incomplete or inaccurate filing, start at $10,000. Further fines up to $50,000 can be applied if you ignore IRS requests to file. The IRS can also tax undisclosed assets up to 40% of their value.

Around 200,000 foreign financial institutions, including banks and investment firms, are reporting their American account holders to the IRS including their account balances, so the IRS is in a position to know if you have assets held abroad in bank or investment accounts, and can check these against the information you provide in your tax return.

Filing US taxes as an expat can be complex. As such we strongly recommend that if you have any doubts or questions about your situation, you contact a US expat tax specialist for some advice.