Why are banks closing US expats’ brokerage accounts? 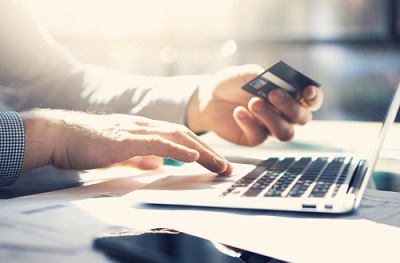 Wells Fargo’s US expat clients have until the end of September 2021 to move their brokerage accounts to another provider or face closure. Wells Fargo isn’t the first bank to turn away expats though. In this article we look at why banks and brokerage firms are denying services to Americans living abroad, and what options expats have.

Wells Fargo hasn’t accepted expats as new brokerage clients since January 19, 2021, but the bank gave its existing expat clients longer to find a new home for their investments.

Other firms that have also turned their backs on US expats include UBS, Merrill Lynch, Charles Schwab, Fidelity, Morgan Stanley, and, most recently, UK online investment platform Nutmeg, following its acquisition by JP Morgan.

Why are banks refusing to serve Americans abroad?

The principal reason US expats have fewer options for investment management is a 2010 US law called the Foreign Account Tax Compliance Act, better known as FATCA.

FATCA was created back in 2010, in the aftermath of the 2008 financial crisis.

The US has theoretically taxed expats since the Civil War, however the digitalization of international banking offered the US an opportunity to access US citizens’ offshore finances and enforce the requirement for the first time.

FATCA placed an oblogation on foreign banks to disclose their American account holders, so letting the IRS enforce the arcane obligation for expats to file US taxes.

“The problem for all financial institutions that wish to offer banking services to Americans who live outside of the U.S. is the costs they face in complying with FATCA” – American Expat Financial News Journal

The law imposes a tax on foreign financial institutions that don’t send the US government the contact and balance details of their US citizen account holders.

It is the administrative burden of having to provide American expats’ account details to the US government that has led to foreign banks and brokerage firms closing expats’ accounts.

What options do US expats have for investing?

Options vary depending on where in the world you live. In the more developed financial markets, notably the UK, Switzerland and Canada, there are numerous options.

For example, in the UK, specialist firms providing investment and financial planning for American expats include Tanager Wealth Management and Dunhill Financial.

In Canada, Swan Wealth Management and Cardinal Point are two of the main specialist providers.

In most other countries, American expats may not find local specialists, so they should look to boutique firms in the US such as Thun Financial and IAM.

Catching up with filing from abroad

Many American expats have been living abroad for some time without filing. In recognition of the fact that the majority of these non-compliant expats aren’t filing because they didn’t know that they had to, in 2014 the IRS introduced an amnesty called the Streamlined Procedure that lets expats catch up without facing penalties, as long as they do so voluntarily, meaning before the IRS contacts them about it.