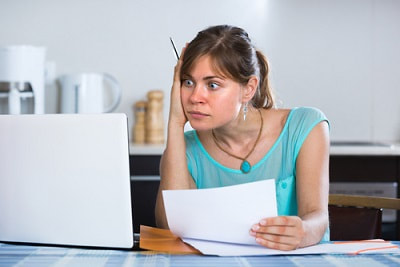 What are the possible consequences for Americans with foreign bank accounts who haven’t filed an FBAR? In this article, we take a closer look.

FBAR is an acronym for the Foreign Bank Account Report. It is a reporting requirement for Americans with offshore financial accounts. It was introduced as part of the 1970 Bank Secrecy Act to help prevent people from evading taxes by hiding their wealth abroad. In practice, it means declaring foreign bank and investment accounts by filing FinCEN Form 114 each year.

Any American with one or more foreign financial (such as bank, brokerage or pension) accounts that have an total balance of over $10,000 in them at any time during the tax year, or anyone with control over such an account or accounts (for example as a signatory), is required to file an FBAR.

FinCEN Form 114 should be filed each year that a person qualifies. Note that the $10,000 minimum is per person, not per account, so someone with ten offshore financial accounts each containing $1,001 dollars at the same time at any time in a year would exceed the threshold and so have to report all of their foreign accounts on an FBAR.

When is the FBAR filing deadline?

As FBARs are filed to FinCEN rather than to the IRS, penalties for not filing FBARs are more stringent than those for not filing tax returns. There are several levels of penalties, depending on whether the IRS (which has the delegated authority to enforce FBAR violations) considers that failure to file was willful or non-willful.

The lowest level penalty for non-willful failure to file is $10,000 for each year that an FBAR wasn’t filed. If the IRS deems that failure to file was willful on the other hand, the penalty is $100,000 or 50% of the balance of the account at the time of the violation. A possible prison sentence may also apply. The penalties are the same for knowingly and willfully filing a false FBAR.

For many years, the IRS has applied FBAR penalties per unreported account per year, so someone with three foreign financial accounts who non-willfully missed filing FBARs for three years would be fined $90,000. However, some recent lawsuits have upheld the idea that the penalty should be applied per year only, so in the same situation the total would be $30,000.

What exactly is the difference between willful and non-willful?

If prosecuting, the IRS has to prove that failure to file (or incorrect filing) was willful, which means proving that someone knew they were meant to file. An example of this might be that they had filed one previously, or if the IRS finds emails in which FBAR was mentioned.

Can the IRS find people who haven’t filed?

“All in all, then, as tempting as it sounds, just closing your foreign account isn’t a solution. A voluntary disclosure under the IRS program is best.”
– Robert W Wood, Forbes

Yes. The FATCA law, passed in 2010, came into effect in 2014 and obliges foreign banks to report their American account holders to the IRS including their bank balance. As of June 2016, 197,000 foreign financial institutions were signed up to comply. This means the IRS knows about more or less all American financial and bank accounts abroad, including their balances, along with the name and address of their account holders. It can simply cross-reference this data with FBAR filing data.

I didn’t know I was meant to file an FBAR. What shall I do?

There is a voluntary disclosure program for Americans living abroad called the Streamlined Procedure that allows people who weren’t aware of their filing obligations to catch up with their filing (for both tax returns and FBARs) and pay any back taxes owed without facing penalties. You simply need to file your last three returns and your last six FBARs, and self-certify that your prior non-compliance was non-willful.

The Streamlined Procedure provides a great opportunity for the millions of expats who aren’t up to date with their filing to get compliant before the IRS come to them.

There is another amnesty program for expat who have been filing their US taxes for abroad, but not FBARs, called the Delinquent FBAR Submissions Procedures.

If you have any doubts about your situation, or you would like to find out more about the Streamlined Procedure or the Delinquent FBAR program, get in touch and we’ll be happy to provide you advice based on your unique circumstances.