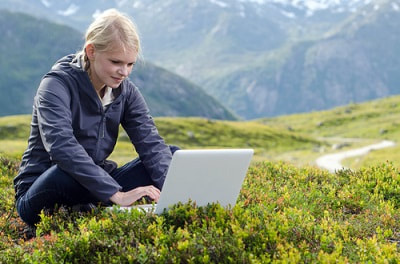 Expats are most often adventurous and independent-minded – the same character traits that make great entrepreneurs. So it’s no surprise really that many expats choose to start their own business abroad.

The first choices that expats face when starting a foreign company is what legal structure their new foreign entity should have, and where to register it.

There are advantages and disadvantages intrinsic to the various corporate structures – LLC, partnership, self-employed etc – and when considering these for a foreign company expats should also consider how it will affect their US tax filing.

The US taxes based on citizenship rather than on residence, so expats have a US tax filing requirement from abroad, covering their worldwide income, in spite of the fact that there may be a tax treaty in place or they may have to file foreign taxes where they live.

Americans living abroad who have a foreign company will also have to report it, and the sort of business they have as well as whether it is registered in the US or abroad will determine how they should report it, and can have significant consequences.

Donald Dewees is an American citizen who has been living in Canada since 1971. He is employed, and he also does some consultancy work, and he is paid for his consultancy work via a corporation he set up (on advice from a Canadian accountant) in Canada to improve his tax-efficiency.

In fact, due to a US-Canadian treaty, the Canadian Revenue Department has withheld what the IRS thinks he owes in penalties from Mr Dewees’ Canadian tax refunds, giving this money to the IRS instead.

There’s a general lesson here for all US expats, that not owing any US tax doesn’t protect you from IRS penalties if you don’t file, and particularly for American expats with foreign corporation.

Form 5471 reporting for Americans with a foreign corporation

The US is the only major nation that requires its citizens to file taxes when they live abroad. It also has access to US expats’ foreign banking and tax information as well as treaties that let it enforce its tax regime globally.

Many US expats, entrepreneurs and Digital Nomads have, like Mr Dewees, set up a foreign company to reduce (or defer) the US tax they must pay. The majority of these expat owners of foreign corporations should be fulfilling the reporting requirement to file IRS Form 5471 as part of their US federal tax return.

Specifically, expats who are officers, shareholders or directors of a foreign registered corporation may have to file Form 5471 each year.

Exactly which expats have to file Form 5471?

A foreign corporation is defined as a corporation registered abroad with all of its members having limited liability. Expats should note that foreign registered partnerships do not trigger filing of Form 5471, but IRS Form 8865 instead.

Expats with the following relationships with a foreign corporation have to file Form 5471:

– Any United States person who is an officer or director of a foreign corporation that is at least 10% owned by a US person at any time during the year.

– Any United States person who owns at least 10% of a foreign corporation that is overall more than 50% owned by US persons (this type of company is called a Controlled Foreign Corporation, or CFC).

Expats with a foreign corporation that has a foreign registered bank account will also most likely have to file a Foreign Bank Account Report (FBAR) annually, too.

Form 5471 is a complex, six page form that the IRS says will require over 30 hours to file. It is strongly recommended that expats seek expert assistance when filing complex IRS tax forms.

Having to report foreign corporations doesn’t in itself create any new tax liability. Since the 2017 Tax Reform, the profits of specified foreign corporations, which are majority held by US taxpayers, are taxable in the US because of a new tax called GILTI (Global Intangible Low-Taxed Income).  There is however currently a legal challenge to the application of this tax on small businesses.

Distributions made to Americans from foreign corporations such as salaries or dividends are also liable to personal income tax and should be reported on Form 1040.

Penalties for not filing Form 5471 for expats

Penalties start at $10,000 a year for not filing Form 5471, or for incorrect or incomplete filing. As such we strongly recommend that expats with foreign corporations contact an expat tax specialist if they have any doubts about their US reporting requirements.

Should expats have a foreign registered corporation?

Whether expats should set up a foreign registered corporation or not depends on a variety of factors. These include the nature of the business, where the expat lives, where the expat’s clients are, and annual revenue levels.

There may be tax benefits to setting up a foreign corporation, but this isn’t necessarily the case, and expats should always seek professional advice.

There are of course US filing implications for expats with a foreign corporation, and there may be local filing and tax implications, depending on the rules where the corporation is registered.

The 2017 tax reform (the Tax Cuts and Jobs Act) changed the taxation of foreign corporations for expats by treating corporate income as though it were the personal income of the corporation’s owners. As such, expats with foreign corporations who haven’t been reporting them need to catch up with their filing at the earliest opportunity to avoid penalties, and we also recommend that they consult with an expat tax expert to understand how the tax rules affect them and ensure that their corporate structures continue to be as tax-efficient as possible going forward.

Expats who are behind with their US tax filing can catch up using the IRS  Streamlined Procedure amnesty program. The program requires that expats file their last 3 federal returns, their last 6 FBARs (if appropriate), and self-certify that their previous non-compliance was non-willful. So long as they do so before the IRS contacts them, expats won’t face any penalties, and furthermore if they claim one or more of the available exemptions (such as the Foreign Tax Credit and the Foreign Earned Income Exclusion) when they file, most expats don’t wind up owing any US tax at all.