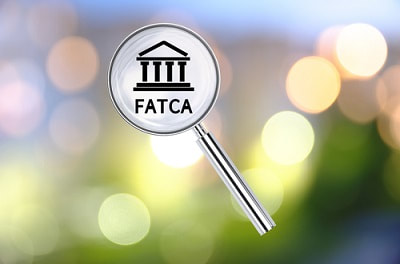 America has an unusual tax system, as it’s based on citizenship rather than residence. This means that all US citizens (and green card holders) are required to file US taxes, whether they live in the US or abroad.

Nine million Americans are currently living abroad, however many of them aren’t aware of the requirement for them to file US taxes.

Until relatively recently, the IRS had no way of enforcing the requirement for expats to file. That all changed in 2010 though, when the Foreign Account Tax Compliance Act, better known as FATCA, was signed into law.

FATCA began as a legitimate crackdown on offshore tax evasion as the Treasury looked to increase revenue following the 2008 financial crisis.

The Act leverages the fact that all foreign banks and investment firms trade in US markets, compelling them to hand over details about their American account holders or otherwise face a steep tax when they trade.

FATCA also requires Americans who live abroad and who have over $200,000 in foreign financial assets at any time during a tax year to report their financial assets on form 8928 when they file their US federal tax return.

The information that foreign banks must provide to the IRS includes the American account holders’ name, address, and maximum account balance.

The IRS gave foreign banks a few years to comply, so 2016 was the first year that full information was provided. Around 300,000 foreign banks and other financial institutions are now complying, or, to put it another way, very few now aren’t.

“FATCA requires foreign banks and governments to hand over secret bank data about American depositors. Non-compliant institutions are frozen out of U.S. markets, so there is little choice but to comply.” – Forbes

The unintended consequence of FATCA though was that, rather than just cracking down on willful tax evaders, millions of ordinary expats, many of whom weren’t even aware that they had to file a US tax return from abroad, are now also on the IRS’ radar.

Some expats believe that tax treaties that the US has with foreign countries protect them from having to file. Others meanwhile may have heard that if they earn under around $100,000 they don’t have to file. Unfortunately, both of these assumptions are incorrect.

The $100,000 figure comes from it being the Foreign Earned Income Exclusion limit, however expats still have to file to actively claim this exemption (and for many expats who pay foreign taxes, the Foreign Tax Credit may be more beneficial anyway).

As any Americans who have over $10,000 in foreign financial accounts (including bank and investment accounts, and those they have any control or signatory authority over) are required to report their foreign accounts by filing an FBAR (Foreign Bank Account Report) each year, the IRS can now compare information provided on FBARs with that provided by foreign banks to ensure that expats are filing honestly.

Many expats pinned their hopes on Trump’s Tax Reform to repeal FATCA, however despite active campaigning from ACA, Republicans Overseas, and Democrats Abroad, this didn’t in fact happen.

There is a very reasonable argument to be made that FATCA is overreach by the US government, that citizenship based taxation is unreasonable, or that there should at least be an exemption on expats who earn under a certain amount having to file, however the difficulty for officials crafting the Tax Reform was that it had to be revenue neutral, so any loss of income from taxing expats would have had to be offset elsewhere.

Senator Rand Paul has been a vocal opponent of FATCA from the start, and in 2014 he along with some other plaintiffs tried to get an injunction to prevent the Treasury, the IRS, and FinCEN from enforcing FATCA. The motion was dismissed by an Ohio District court in 2016, a decision confirmed by the sixth Circuit Court in 2017. Finally, last month, the Supreme Court refused to review the decision, so it would seem that for the foreseeable future at least FATCA is here to stay.

Catching up with US tax and FBAR filing

Expats who are behind with their US tax filing can catch up without facing any penalties so long as they do so before the IRS contacts them.

This is possible thanks to an IRS amnesty program called the Streamlined Procedure, which requires that expats file their last 3 tax returns, their last 6 FBARs (if required), and that they self-certify that their previous failure to file wasn’t willful tax evasion.