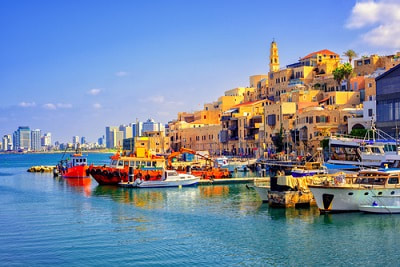 There are an estimated 184,000 Americans living in Israel.

There are many great reasons for living in Israel – faith, heritage, history, culture, and the amazing beaches to name but a few. As an American expatriate living in Israel though, what exactly do you need to know regarding filing US expat (and Israeli) taxes?

The good news is if you are already paying income tax in Israel, there are various exclusions and credits available to reduce your US tax bill and prevent you paying tax on the same income to the IRS too.

While any tax you may owe is still due by April 15, expats get an automatic filing extension until June 15. This can be extended still further online until October 15 in needed.

“Online filings are required if you must file a tax return and you have income from a business, profession or employment. Even if you are required to file online, you must file the return online as well as the old-fashioned way (on paper).”
– (The Jerusalem Post)

If you pay income tax in Israel, there are several ways to reduce or avoid being taxed on the same income by the IRS. The two primary ones are the Foreign Earned Income Exclusion, which lets you exclude the first around US$100,000 of foreign earned income from US tax if you can demonstrate that you are a French resident, and the Foreign Tax Credit, which gives you a dollar tax credit for every dollar of tax you’ve paid in France. The Foreign Tax Credit is normally a better option if you pay more tax in Israel than you would to the IRS, as you can carry the excess credits forward for future use. Be aware though that even if you don’t owe any tax to the IRS, if your income is over the IRS thresholds mentioned above, you still have to file.

In practice this means that American citizens living in Israel normally end up filing both US and Israeli tax returns and paying the higher of the two countries’ tax rates on each type of their income.

To claim US tax credits against Israeli taxes paid, expats must file Form 1116 when they file their federal tax return.

By doing this, the vast majority of US expats in Israel won’t end up owing any US income tax.

Article 29 of the US-Israel Tax Treaty also allows the Israeli government to send US expats’ Israeli tax information directly to the IRS, along with their Israeli bank and investment account balances.

To claim a provision in the United States – Israel Tax Treaty (other than claiming US tax credits), expats should use IRS form 8833. For example, articles 23 and 24 of the treaty include provisions that may benefit American teachers, students and trainees.

Israeli taxes – what you need to know

The Israeli equivalent of the IRS is called the Israel Tax Authority.

Israeli income tax rates are relatively high compared to the US, so for many people it will make sense to claim the Foreign Tax Credit.

We strongly recommend that if you have any doubts or questions about your tax filing situation as a US expat living in France that you contact a US expat tax specialist.