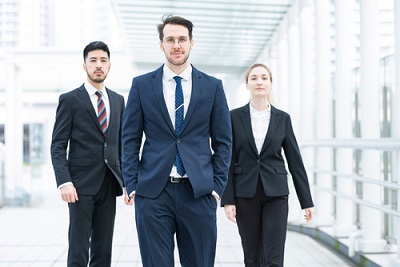 All American citizens, including those living abroad, are required to file a US federal tax return every year reporting their worldwide income.

Neither international tax treaties, nor any foreign tax filing requirement, mitigate the requirement for American expats to file a US federal tax return. To avoid double taxation, expats can claim provisions such as the Foreign Tax Credit and the Foreign Earned Income Exclusion when they file.

In the age of global digital banking, the IRS has global reach, with almost all foreign banks and governments sending US expats’ financial information back to the US.

Expats with foreign partnerships and self-employed expats also have additional filing requirements. In this article, however, we’ll be focusing on foreign companies.

As far as the IRS is concerned, there are two types of foreign companies: Controlled Foreign Corporations (CFCs), and Passive Foreign Investment Companies (PFICs).

Americans who own (or control), directly or indirectly, a CFC have to report the foreign company every year on Form 5471. Form 5471 is a complicated form, and Americans who own small, foreign registered LLCs often choose instead to file Form 8832 (and subsequently Form 8858 each year) which allows them to treat the company’s income as ‘disregarded’ and so report it on their personal tax return, as they would a US-registered, single-owner LLC.

Any American who owns at least 10% of a CFC also has to treat a proportion of the company’s profits relative to their ownership proportion as if it were their personal income for tax purposes. This income is known as GILTI (Global Intangible Low Tax Income), and it is taxed at 10.5% currently (although if foreign taxes are paid on the income at a rate of at least 80% of the US corporation tax rate, then tax credits can be claimed). President Biden however plans to both double the effective GILTI rate to 21%, and raise the US corporation tax rate, which will increase the US tax payable by expat owners of many foreign companies.

PFIC is an IRS acronym for a Passive Foreign Investment Company. A PFIC is a foreign registered corporation with at least 75% passive income (e.g. from dividends and interest), or if 50% of its assets are passive-income producing.

Distributions from PFICs can be taxed at higher rates than normal income, and PFIC reporting (on Form 8621) is onerous, so PFICs are best avoided if possible.

Most foreign mutual funds and many foreign pension accounts are considered PFICs, along with companies set up to own rental properties so it’s always best to understand the US tax implications of foreign investments and seek US tax advice from an expat tax specialist in advance of investing and retirement planning abroad.

Expats with a foreign company that has a foreign registered bank account often need to report it on an FBAR (Foreign Bank Account Report).

The rule is that any American who has signature authority over foreign-registered financial accounts (including bank, pension and investment accounts) that have a total, combined value of over $10,000 at any time during the year has to file an FBAR. There is no additional tax liability resulting from FBAR filing (it’s just a reporting exercise), however penalties for not filing (even unintentionally) are steep, and foreign banks are reporting the same information, too.

Expats who have been living abroad for a while but not filing US taxes may be able to catch up without facing penalties under an IRS amnesty program called the Streamlined Procedure, so long as they do so voluntarily, meaning before the IRS contacts them.