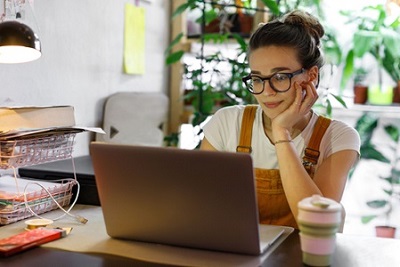 American expats are required to file US taxes every year by virtue of having US citizenship, even if they have to file foreign taxes in another country too.

The international tax treaties that the US has signed with other countries don’t prevent expats from filing US taxes or protect them from double taxation. In fact, they explicitly state that US citizens still have to file.

The US has two main provisions to prevent double taxation. The first involves American expats claiming the US Foreign Tax Credit on IRS Form 1116. The Foreign Tax Credit provides US tax credits to the same value of foreign income tax that expats have paid abroad.

The second way to avoid double taxation is by claiming the Foreign Earned Income Exclusion on Form 2555.

The Foreign Earned Income Exclusion lets expats exclude up to a maximum of around $105,000 (the figure rises each year for inflation) of their earned income from US taxation.

Passive income such as pension, rents and dividends on the other hand can’t be excluded – only actively earned income, such as salary or self-employment income.

It’s a simple, convenient option for expats whose only income is actively earned and who earn less than the $105,000 threshold, and especially those who don’t pay foreign income taxes, or who pay foreign taxes at a lower rate than the US rate (so that if they claimed the Foreign Tax Credit, they wouldn’t have enough foreign tax credits to eliminate their US tax bill).

Expats who pay foreign income tax at a higher rate than the US rate are often better off claiming the Foreign Tax Credit.

“If you qualify, you can use Form 2555 to figure your Foreign Earned Income Exclusion and your Housing Exclusion. You cannot exclude or deduct more than your foreign earned income for the year.”

To claim the Foreign Earned Income Exclusion, expats must file Form 2555 with Form 1040. Expats have until June 15th to file, and can request a further extension until October 15th should they need to.

Form 2555 requires expats to certify (and be able to prove) that they either spent 330 days outside the US in the tax year, or that they are a permanent resident in another country. These tests are called the Physical Presence Test and the Bona Fide Residence Test, respectively.

Form 2555 also lets expats who earn over the maximum threshold and who rent their home abroad to exclude more of their income from US tax, related to their rental expenses, by claiming the Foreign Housing Exclusion.

IRS Form 2555 has nine sections, although expats don’t have to fill in all of them.

Part I contains 9 lines and should be filled in by everyone. Information requested includes name and address, employer’s name and address, whether you are employed or self employed, why you live abroad, and whether you’ve claimed and revoked the Foreign Earned Income Exclusion previously (once revoked, it can’t be claimed again for 5 years).

Expats should then fill in either Part II, or Part III, depending on whether they’re using the Physical Presence Test, or the Bona Fide Residence Test. In both cases they must provide information about the time they spent in the US during that year.

All expats should fill in Parts IV and V. In Part IV, expats should enter their income and any other compensation that they’ve received in lieu of services provided (e.g. recouped expenses). Part V meanwhile asks whether expats also want to claim the Housing Exclusion (or the Housing Deduction for self-employed expats). If the answer is yes, they should also complete Part VI.

Parts VII and VIII are where expats enter the final figures based on those they’ve entered previously. All figures should of course correspond with those on Form 1040. Part IX is just for expats claiming the |Foreign Housing Exclusion or Deduction.

Seek advice and catch up

Filing US taxes from abroad isn’t as simple as filing from in the US, due to the additional forms required to avoid double taxation, currency conversion, and foreign account and business reporting.

Almost all expats will benefit from seeking advice from an expat tax specialist.

Expats who have previous years’ filing to catch up on can often do so under an IRS amnesty program such as the Streamlined Procedure, so long as they do so voluntarily before the IRS contacts them.