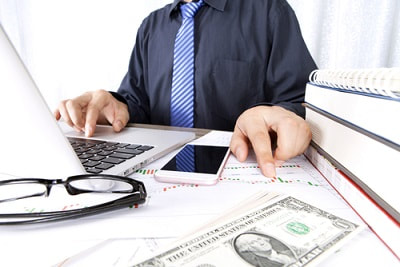 Millions of U.S. expats are dismayed when they discover that they are required to file U.S. taxes from abroad, reporting their worldwide income.

Many expats quite reasonably assume that once they live abroad, they no longer have to file U.S. taxes, or perhaps that they are protected by a tax treaty, or some may have heard that you don’t have to file if you earn under a certain income threshold. Sadly, none of these assumptions is true, and furthermore expats often have additional …

… filing requirements compared to taxpayers living Stateside, such as reporting their foreign bank accounts and investments by filing a Foreign Bank Account Report, or FBAR. Foreign registered businesses and other financial assets must also be reported.

The U.S. is the only major nation that requires expats to file this way. To avoid a situation where expats pay taxes on the same income twice though, the IRS has made a number of exemptions available. These must always be actively claimed by filing the relevant form when expats file though, and which exemption (or exemptions) it is most beneficial to claim depends on each expats particular circumstances, such as where they are living, their income level, and their income sources.

Because the requirement to file U.S. taxes from abroad isn’t an obvious one, when many expats find out they are in a position of having to catch up to avoid possible penalties and back taxes, they set about discovering more about delinquent international information return submission procedures, or how to catch up and get compliant.

“As part of the reasonable cause statement, taxpayers must also certify that any entity for which the information returns are being filed was not engaged in tax evasion.” – the IRS

Expats who have missed just one or two years of U.S. tax filing

Expats who have missed just one or two year’s U.S. tax (and FBAR) filing can simply back file their missing returns without facing any penalties.

Expats should remember though that to minimize their U.S. tax liability when they file, they must claim one or more of the available IRS exemptions, such as the Foreign Earned Income Exclusion, the Foreign Housing Exclusion, and the Foreign Tax Credit. Expats should also be aware of their additional filing requirements such as FBAR reporting.

Expats who have missed three or more years of U.S. tax filing

Expats who have missed three or more years of U.S. tax filing can catch up while avoiding penalties and back taxes under an IRS amnesty program called the Streamlined Procedure.

The Streamlined Procedure requires expats to file their last three federal tax returns, and their last six FBARs (as is necessary), and to self-certify that their previous non-compliance was not willful evasion.

The Streamline Procedure represents an excellent opportunity for delinquent international taxpayers to become compliant at a minimal cost and risk.

Expats should be aware that foreign banks and governments are providing bank (and investment) account and tax information relating to U.S. citizens including balances and contact details directly to the IRS, and that if they want to avoid paying back taxes and fines they should take steps to become compliant using the most appropriate delinquent international information return submission procedures as soon as possible and in particular before the IRS contacts them.