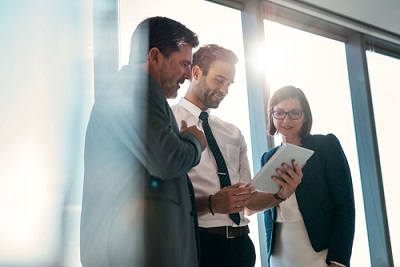 Many US expats are surprised to learn that they are still required to file US taxes from overseas. While it’s true that all American citizens have to file though, reporting their worldwide income, wherever in the world they live, it’s also true that the majority of expats don’t end up owing any US income tax when they file.

This is because when expats file they can claim one or more IRS provisions such as the Foreign Tax Credit or the Foreign Earned Income Exclusion that most often reduce their US tax bill to zero. They may have to meet IRS criteria for living abroad though, either through demonstrating permanent residence in another country, or by spending at least 330 days outside the US, and furthermore they always have to file to achieve to claim these provision, as US tax treaties don’t intrinsically protect Americans living abroad from filing or from double taxation.

US expats often need a filing extension, as they have more forms to file (such as those required to claim the above provisions to reduce their US tax bill, while they may also have to report their foreign bank accounts, investments, and business interests too), and secondly as many expats have to file foreign taxes first.

Because different foreign countries have different tax filing deadlines, and in some cases different tax years (e.g. the UK tax year runs from April to April rather than January to December), expats may not be able to file their US taxes before April 15th.

For this reason, Americans living abroad receive an automatic filing extension until June 15th that they don’t have to apply for. If they still require more time to file though, they can request an additional extension by filing IRS Form 4868.

“A U.S. citizen or resident files form 4868 to request an automatic extension of time to file a U.S. individual income tax return.” – the IRS

IRS Form 4868 is used to request a federal filing extension until October 15th.

Form 4868 can be filed online, and is a straightforward form to file, in terms of the information required. The only complex part is that it requires an accurate estimate of tax due for the year, which for expats means that they may need to calculate (and hopefully) eliminate their US tax liability using the IRS provisions mentioned above before filing Form 4868, including determining which is the best provision to claim when they file.

Expats should also note that if they do owe any US tax, it’s still due by April 15th despite any extensions, and payments made after April 15th will be subject to interest, and late payment penalties after June 15th.

Expats who file late without requesting an extension may also be liable to pay a late filing penalty.

Expats who have to report their foreign bank and investment accounts by filing an FBAR to FinCEN should be aware that there’s an automatic six month FBAR filing extension, so they don’t have to file IRS Form 4868 to extend their FBAR filing deadline.

Expats who can’t file by October 15th can still in theory request an additional extension until December 15th by writing a letter to the IRS.

Expats who miss filing completely because they weren’t aware of the requirement to file can still catch up without facing penalties using an IRS program called the Streamlined Procedure, so long as they do so before the IRS contacts them about it.

Expats who have any questions or who require assistance with their US tax filing from abroad should contact a US expat tax expert as soon as possible to avoid possible run ins with the IRS.