What Sort of Accounts Do US Expats Have to Report in an FBAR? 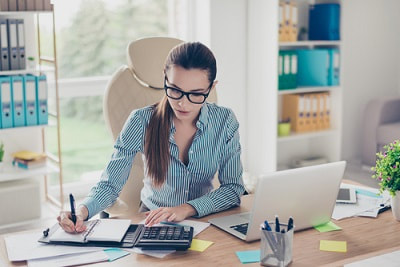 The US tax system is different to every other developed country’s, in that America taxes based on citizenship rather than on residence. That means that whereas most countries only tax residents (and non-residents who have income arising in the country), the US taxes all US citizens wherever in the world they live.

This means that all US citizens who earn over $10,000 (or just $400 of self-employment income) are required to file a US tax return every year, including those living overseas.

Thankfully, there are several IRS exemptions available that reduce or in many cases eliminate expats’ US tax liability, however these need to be actively claimed when expats file their US federal return.

Furthermore, Americans who have financial accounts held at foreign institutions are required to file an FBAR (Foreign Bank Account Report), if their combined balances exceed $10,000 at any time during the tax year.

The Bank Secrecy Act and FATCA

While FBARs have been a filing requirement since the Bank Secrecy Act was passed in 1970, because for many years the IRS had no way of confirming who had accounts abroad and who didn’t, they couldn’t enforce FBAR filing, and expats most often ignored the requirement to file an FBAR.

In 2010 however, the Obama administration passed the Foreign Account Tax Compliance Act (known as FATCA), which compels foreign banks and other financial institutions to report their American account holders’ details (including account balances) under threat of a large tax when they trade in US financial markets. Currently, over 285,000 foreign financial institutions are providing this information to the US government.

Now that the IRS can enforce FBAR filing, ignoring the requirement is no longer an option. Fines for not filing (or incomplete or incorrect filing) start at $10,000 a year if the IRS considers the non-compliance non-willful (i.e. unintentional). Fines for willful non-compliance meanwhile start at either $100,000 or half the balances of the foreign accounts, whichever is greatest, again per year.

Filing an FBAR in practice involves filing FinCEN form 114 online. FinCEN form 114 asks expats to list each of their foreign accounts, where each account is held, and their maximum balances in the tax year. FinCEN form 114 must be filed by April 15th, however, an extension is available until October 15th.

What sort of account types do expats have to report?

Many people aren’t clear however exactly which accounts need to be declared on an FBAR. Accounts that have to be reported include any account held in a foreign financial institution (normally a bank or investment firm) that has a cash balance. These typically include:

– Many pensions and mutual funds

– Most types of investment accounts (including stock, securities, and options funds)

Mortgages, hedge funds, and private equity funds don’t currently have to be reported on the other hand.

Importantly, expats don’t just have to report accounts held in their own name, but any account that they have an interest in, control of, signatory authority over, or that they can make a transaction from.

So company bank accounts, trust accounts, and joint accounts all have to be reported.

What if I wasn’t aware of the requirement to file an FBAR?

Many expats haven’t been filing FBARs because they weren’t aware that they had to. When they find out, and realize that they may face huge fines and that the IRS knows who they are because of FATCA, they often panic. Thankfully there is an IRS amnesty program that allows these expats to catch up with their FBAR filing (and federal tax return filing if necessary) without facing any penalties. This program is call the Streamlined Procedure, and remains a far better option than hiding one’s head in the sand until the IRS comes knocking.

To catch up using the Streamlined Procedure, you simply have to file your last 3 years’ federal tax returns (if you haven’t already), your last 6 years’ FBARs, and self-certify that your previous failure to file was non-willful.