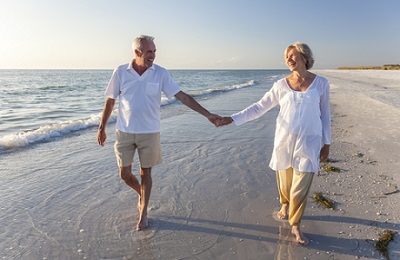 American expats are required to file a US tax return each year, reporting their worldwide income. Expats may also have to report their foreign businesses, assets, and financial accounts, depending on factors including their types and values.

When expats file, they can normally claim one or more IRS exemptions or tax credits that reduce their US tax liability, often to nothing, although they still have to file.

Many expats choose to contribute to a retirement plan while they’re living abroad. There are several different types of American individual retirement plans, including SIMPLE IRAs, 401 (k) plans, Traditional IRAs and Roth IRAs.

Expats often wonder what the difference is between Traditional IRAs and Roth IRAs.

There is a seemingly small but significant difference between the two.

Contributions to a Roth IRA on the other hand are made from post-tax income, so there is no initial tax break, however distributions taken in retirement are tax free.

Investment income generated within both a Traditional and Roth IRA account is tax-free.

“Individual retirement accounts can be a great tool for those saving for retirement.” – wsj.com

It can be fairly complex trying to work out which type of account will be most beneficial, as tax rates in the future may change, and it’s not possible to know by exactly how much investments in the plan will grow, however as a rule of thumb expats who pay higher income tax now than they expect to pay in retirement may be better off with a Traditional IRA, while those in earlier stages of their career or who expect to pay a higher rate of income tax in retirement as their investments grow may be better off contributing to a Roth IRA. (Expats can use both types of plans as they like throughout their career, subject to contribution limits).

Contributions must be made from earned (rather than passive) income, and married expats can also make a contribution for their spouse (if they are filing jointly).

One way around this limitation for expats who also pay foreign taxes can be to reduce their US tax bill by claiming the Foreign Tax Credit on Form 1116, instead of the Foreign Earned Income Exclusion. The Foreign Tax Credit lets expats claim US tax credits up to the same value of foreign taxes that they’ve paid, and being a credit rather than an exclusion it doesn’t affect expats’ adjusted gross income amount, so that they can still make IRA contributions.

Taxation of IRA distributions for expats

As already mentioned, qualifying distributions from Roth IRAs are not considered taxable by the US, and many of the tax treaties that the US has with other countries state that other countries won’t tax this income too.

A qualified Roth IRA distribution is one that is made at least 5 years after the first contribution is made, and when the taxpayer is over 59.5 years old. There are certain exemptions to this age limit that allow a taxpayer to take an early distribution under certain circumstances, such as a distribution up to $10,000 to buy or build a first home for themselves, or if the beneficiary has become disabled, or if the distribution is to a beneficiary of the original taxpayer’s will following their .

Traditional IRA distributions are considered taxable, and expats in a country that the US has a tax treaty with should check the treaty to see whether it contains provisions relating to retirement or pensions income. Many tax treaties specify which country has primary taxing rights, meaning that expats should pay tax on the distributions to that country first, after which they can often claim tax credits from the other country to avoid double taxation.

Expats who need to file back taxes

Expats who have missed previous years’ tax return filing because they weren’t aware of the rules can catch up without facing penalties under an IRS amnesty program called the Streamlined Procedure, so long as they do so before the IRS contacts them about it.