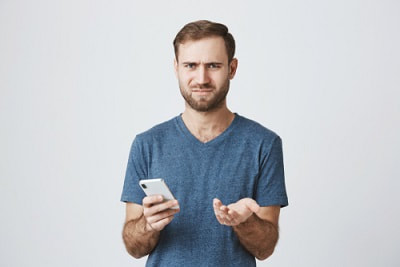 US expats have been required to file US taxes since the nineteenth century, however it’s only since the Foreign Account Tax Compliance Act (better known as FATCA) was passed in 2010 that the IRS has had the means to enforce this requirement.

FATCA requires US expats with over $200,000 in financial assets held overseas to report them, but it also requires all foreign banks (including all foreign financial firms, such as investment firms) to report their US account holders to the IRS directly, including contact and balance details.

FATCA gave foreign banks a few years to comply, and 2016 was the first tax year that the IRS received this information for the whole year, giving it the ability to know which expats should or shouldn’t be filing.

As foreign banks that don’t comply pay a large tax when they trade in US money markets, almost all (around 300,000) foreign financial firms are now complying.

FATCA was intended as a way to stop people dodging taxes by depositing money overseas, but it has had numerous unintended consequences that have affected millions of normal Americans living abroad. For example, many foreign banks have refused services to Americans to avoid the administrative burden of having to report them to the IRS. Almost all foreign banks have also asked their US expat clients to confirm that they are compliant with US tax filing requirements.

Furthermore, FATCA has completely changed the global regulatory environment, as around 100 other countries, perhaps envious of America’s ability to see its expats’ finances, have since signed agreements to exchange tax and banking information between them. This means that banks report everyone’s details to their national government, which then shares these details with other nations.

So unless you are happy to reside in a very underdeveloped country or a rogue state, due to FATCA, the age of financial privacy is now pretty much over, globally.

But FATCA is still creating new repercussions today, nearly a decade since being made law.

While many Americans may have struggled to obtain banking and investment services overseas over the last few years, they could at least retain their accounts in the US.

Over the last few months though, many major US banks and brokerage firms have been writing to their expat clients asking them to take their business elsewhere, as these companies don’t want the administrative compliance burden that now comes with having expat clients.

In particular, expats are finding their investment options limited, as they can no longer own mutual funds, meaning that managing expats’ wealth is also more complicated.

Whether this trend expands to smaller US investment firms and banks remains to be seen.

What expats should do

We strongly recommend that first and foremost expats ensure that they are compliant with their US tax filing obligations.

All American citizens and green card holders are required to file a US tax return reporting their worldwide income, wherever in the world they live.

There is normally no tax to pay though, as expats can claim one or more exemptions (such as the Foreign Tax Credit or the Foreign Earned Income Exclusion) that take most out of US tax liability (typically unless they are high earners paying little or no tax abroad). So it is just a filing requirement.

Expats are also required to report their foreign bank and investment accounts by filing an FBAR if their total, combined value exceeds $10,000 at any time during the year.

Expats who are behind with their US tax or FBAR filing can catch up under an IRS amnesty program called the Streamlined Procedure, so long as they do so before the IRS contacts them.

So long as expats are compliant with their US filing requirements, there is little risk of their receiving fines.

In terms of banking and investment services, there are still options available at smaller firms for now. There are in fact specialist firms who provide financial services for expats, such as Tanager in the UK, Thun, IAM, and Eureka Wealth Management.