If I Earn Less Than the Foreign Earned Income Exclusion Threshold, Do I Have to File a US Tax Return? 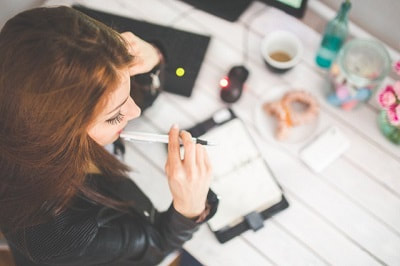 All US citizens and green card holders have to file a US tax return and pay US tax, whether they live in the States or abroad, and wherever in the world their income is earned or paid.
This can expose many expats living and working abroad to the possibility of paying taxes both in their country of residence and to the US though. The Foreign Earned Income Exclusion offers a way to avoid this double taxation on the same income.

The Foreign Earned Income Exclusion allows Americans living abroad who meet certain conditions to exclude up to around $100,000 (the exact figure rises a little each year) of their income from US tax liability.

Americans can claim the Foreign Earned Income Exclusion if they live abroad and can prove it using either the Physical Presence Test or the Bona Fide Residence Test.

The Physical Presence Test requires you to prove that you’ve spent at least 330 days outside the US either during a tax year, or in a 365 day period that coincides with the tax year. In the latter case, you can only claim the exclusion on income earned during the period 365 days overlap with the tax year. So for example, if you moved abroad on April 1st and were outside the US for at least 330 days out of the following 365 days, you could exclude your income from US tax liability from the date you moved abroad to the end of the year. The Physical Presence Test is useful for people who are working abroad but don’t have a permanent base in one foreign country, such as Digital Nomads.

The Bona Fide Residence Test meanwhile requires you to prove that you are a permanent resident in a particular foreign country. This may be by having a residency visa, or by having a permanent home their and so having utility bills, or by paying income tax on full-time employment there.

OK, I’m eligible to claim the Foreign Earned Income Exclusion, and I earn less than around $100,000. Does that mean that I don’t need to file a US tax return?

If you live abroad and your income is less than $100,000 then, you won’t have to pay any US tax. You will however still have to file a US tax return.

This is because the Foreign Earned Income Exclusion isn’t applied automatically: it has to be actively claimed when you file your tax return by filing form 2555 with your form 1040.

If you don’t file a US tax return, the IRS will assume that you haven’t claimed the Foreign Earned Income Exclusion and may pursue you for US taxes owed.

Uh oh – that means that I should have been filing a US tax return but I haven’t. What should I do now?

Thankfully, there is an IRS amnesty program that lets expats who weren’t aware that they had to file catch up on their US tax filing. It is called the Streamlined Procedure. To catch up using the Streamlined Procedure, you have to file your last 3 tax returns, including claiming the Foreign Earned Income Exclusion, and your last 6 FBARs (in both cases, if applicable), and self-certify that your previous non-compliance was non-willful.

It’s definitely worth catching up before the IRS comes to you, as otherwise you may not have the option of claiming the Foreign Earned Income Exclusion, and so you may face back taxes on your foreign earned income as well as penalties. Furthermore, most overseas banks and foreign governments are sharing account and tax information with the IRS, so it’s no longer possible to stay under the IRS’ radar.

If you have any queries about your US tax situation, we strongly recommend that you contact an expatriate tax specialist for some advice.