Filing IRS Back Taxes for US Expat Americans 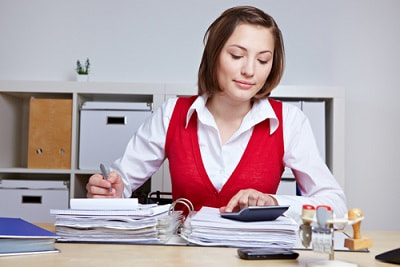 American expats are still required to file a US federal tax return to the IRS. As expats also have to comply with the tax rules in the country where they live, it’s counterintuitive but nonetheless important that they file US taxes too.   Taxing US citizens abroad, or Citizenship (rather than Residence) Based Taxation, dates back to the Civil War, but until recently the IRS was powerless to enforce expat taxes, so few expats filed.

This changed however with the Foreign Account Tax Compliance Act (FATCA) in 2010, which requires expats to report their foreign assets if worth over $200,000 per person, and also obligates foreign financial firms including banks to report their American account holders’ account details directly to the IRS.

As a result, nearly all foreign banks and investment firms now provide this information to the IRS.

So due to FATCA as well as a number of tax information sharing agreements with foreign governments, the IRS now has a very clear idea of US expats’ finances, and knows who should be filing a US tax return. This leaves millions of expats who haven’t been filing either having to file back taxes or wait for the IRS to write to them and so facing possible fines.

Now for some good news…

“For American expats, tax season is even more cumbersome than the homegrown variety.” – CNBC

Thankfully, the IRS acknowledges that there are millions of Americans who simply weren’t aware of the requirement to file US taxes, and in 2014 they relaunched the Streamlined Procedure, an amnesty program that allows expats to catch up with their US tax filing without facing any penalties.

To file back taxes without facing penalties using the Streamlined Procedure, expats must file their last 3 US tax returns, their last 6 FBARs (if applicable – see below), and self-certify that their previous non-compliance wasn’t willful avoidance.

Exemptions and Exclusions for US Expats

More good news: expats who catch up on their back taxes before the IRS writes to them can claim one or more exclusions and exemptions that reduce or in most cases eliminate their US tax liability entirely. (Remember though – expats still have to file a US tax return to claim them).

Expats who pay income tax abroad at a higher rate than the US rate for example may benefit from claiming the Foreign Tax Credit, which offers a $1 tax credit for every dollar of tax paid abroad. This in turn may give them excess US tax credits that can be carried forward for future use.\

Expats who pay a lower rate of tax (or no tax) abroad on the other hand may be better off claiming the Foreign Earned Income Exclusion, which allows them to exclude the first around $100,000 (the figure rises a little each year) of their earned income from US tax liability, providing they can prove that they live abroad.

Expats who have over $10,000 in total in foreign bank and investment accounts at any time during the tax year are required to report all of their foreign financial accounts by filing an FBAR.

FBARs are filed online to FinCEN, and FinCEN penalties are much higher than IRS penalties, starting at $10,000 a year for unintentionally not filing, so we strongly recommend that expats ready to catch up with their back taxes also check whether they need to file previous years’ FBARS.

Catching up with back taxes is a smart move for expats who wish to avoid IRS penalties and fines and claim the exemptions available that reduce or eliminate their US tax liability. The Streamlined Procedure offers them a great opportunity to achieve this.