Year-End Tax Planning Strategies for US Expats in 2019 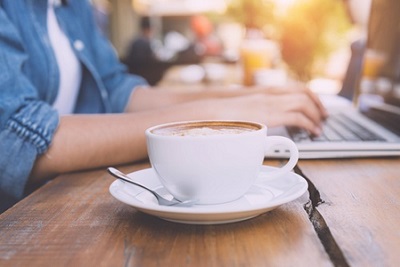 As we approach the end of year holidays, it’s a good time for expats to take stock and do some year-end tax planning.

Ensure that you qualify for the Foreign Earned Income Exclusion

The Foreign Earned Income Exclusion is a way for expats to reduce their US tax bill. It lets Americans who live abroad exclude the first around $100,000 of their earned income from US taxation. Expats must claim the Foreign Earned Income Exclusion by filing IRS Form 2555 when they file their federal return. To qualify, expats must either prove that they are a permanent resident in another country, or that they spent at least 330 full days outside the US during the year. So if you can’t provide proof of permanent residence abroad, then it’s time to count the days you’ve spent in the US this year to ensure you don’t spend more than 35 days there. You might want to think ahead to 2020 too, to ensure you don’t spend too many days in next year either.

Towards the end f the year is a good time to look at your investment gains and losses to see whether it’s worth selling some loss makers to offset gains. This can include cryptocurrency holdings (other than those received in lieu of income this year). A total net loss of up to $3,000 can be offset against ordinary income, if any is left after claiming the Foreign Earned Income Exclusion. if any is due after claiming the Foreign Earned Income Exclusion, or the Foreign Tax Credit.

“It’s Year Two following the massive tax overhaul of 2017. For Americans who are still getting used to the new rules, it’s important to sort things out before the year ends.” – WSJ.com

The recent Tax Reform also allows for net gains to be rolled over into ‘Opportunity Zones’, investments in property and businesses in particular areas, as a way of deferring and potentially reducing capital gains tax payable.

While the introduction of the increased Standard Deduction in the Tax Reform makes itemized deduction less relevant for many people, it may still be worth making donations before the end of the year for some expats. To qualify as tax deductible, donations have to be to an IRS-recognized US charity.

Some expats may benefit from making additional contributions to their retirement plans before the end of 2019 to reduce their tax bill. Qualifying plans include 401(k), 403(b), Deductible IRA, SIMPLE IRA, and SEP plans. Expats who earn below the Foreign Earned Income Exclusion limit can also convert their traditional IRA to a Roth IRA tax free up until December 31st.

All expats are required to file US taxes, and not doing so could lead to significant, unwanted consequences further down the line. Expats have until June 15th to file, and they can request a further extension until October 15th if they need to. Expats with foreign bank or investment accounts may also have to file a Foreign Bank Account Report (FBAR), which is due by October 15th.

It’s always useful to start getting your 2019 paperwork ready early, to make filing a breeze next year. Most expats need proof of income, investments, and often bank and investment account statements too.

The recent Tax Reform changed the rules for Americans with overseas businesses, closing a loophole that previously allowed them to defer paying tax, and creating a new tax on foreign business earnings. This means that to remain as tax efficient as possible, expats with foreign registered businesses should consider restructuring, if they haven’t done so already, to minimize future tax bills.

The biggest money saver of all for expats is to seek advice from a US expat tax specialist. The money spent will be easily saved in terms of avoiding penalties and reducing both present and future taxes.