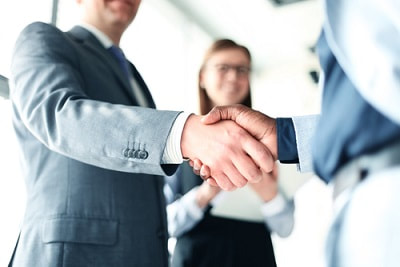 Trump promised to deliver tax reform, lowering tax rates and incentivizing multinationals to repatriate and pay US tax on their overseas earnings. While lowering tax rates hasn’t impacted the majority of expats, as they are able to claim one or more exclusions when they file that most often relieve them of any US tax liability, the second provision has had a profound effect on tens of thousands of Americans living abroad who own or part-own a foreign registered business.

General US tax rules for expats

The US tax system is an anomaly, in that it requires all US citizens and green card holders to file a US tax return declaring their worldwide income regardless of where in the world they live.

Expats may claim exemptions such as the Foreign Earned Income Exclusion and the Foreign Tax Credit when they file to reduce or in most cases remove their tax liability – but they still have to file.

Expats may also have to report their foreign bank accounts and investments, and some may have to continue filing state taxes in the state where they last lived, depending on the particular tax rules in that state.

Because filing from overseas is more complex than filing stateside, expats have an automatic filing extension until June 15th, and if they still need more time they can request a further extension until October 15th.

Filing requirements for expats with a foreign business

Expats with a foreign business normally have to report it including its earnings when they file their federal tax return.

“One of the biggest missed opportunities in the new law is that it fails to stop double taxing expats.” – NBC News

This filing requirement isn’t changed or affected by the Trump Tax Reform.

There are two provisions in the Trump Tax Reform that have a profound effect on many expats with a foreign business.

Before the Tax Reform, Americans with a foreign corporation could defer paying US tax on the corporation’s profits if they refrained from extracting the profits from the business. These profits left in the business were known as retained earnings.

The Tax Reform however impose a compulsory 15.5% repatriation tax on all retained earnings since 1986 for anyone who owns at least 10% of a foreign corporation that is at least 50% American owned.

The second measure that affects expats is that, going forward, the profits of foreign registered corporations will be taxed as though it was their American owner’s income.

Together, these measures, which were intended to target giant multinationals such as Apple, will have a massive impact on many normal expats with corporations registered abroad.

What expats with a foreign business should do now

While the 15.5% repatriation tax on retainted earnings is unavoidable, expats with a foreign business affected by the Trump Tax Reform should act sooner rather than later to ensure that they remain as tax efficient as possible going forward.

For example, many expats are being advised to set up a parent corporation in the US for their foreign corporation, rather than continuing to own it directly, as the new parent corporation will pay tax on its foreign subsidiary’s profits at a discounted corporate rate of just 10.5%.

Expats married to a foreigner who isn’t a US tax payer meanwhile might consider transferring part ownership of their foreign business to their spouse, as once the corporation isn’t over 50% American owned, it won’t be liable to US taxation going forward at all.

The optimum strategy will depend on each expat’s particular circumstances though, so we strongly recommend that expats with a foreign business contact a US expat tax specialist as soon as possible to ensure that they pay the minimum US taxes for 2018 and future tax years.