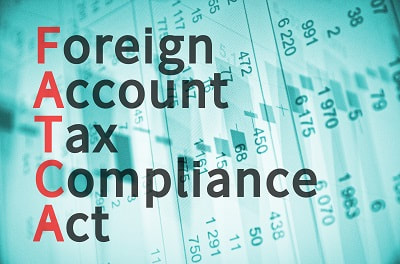 FATCA is an acronym for the Foreign Account Tax Compliance Act, a law passed by Congress in 2010 to help address offshore tax evasion. The law came into effect on July 1st, 2014.

FATCA has two aspects that affect expats. First, it requires individuals with financial assets abroad to report them when they file their federal tax return, and second, it requires foreign financial institutions including banks and investment firms to report their US account holders, allowing the IRS to monitor expats’ foreign registered accounts.

Reporting foreign assets is a relatively straightforward process for expats, and carries no additional tax implications. FATCA impels Americans with foreign registered financial assets to declare them on Form 8938 if the taxpayer has a total of over $200,000 per person (for Americans living abroad) at the end of the year or $300,000 per person at any time during the year. (The limits are higher for married couples filing jointly).

Americans with foreign accounts also have to report them on FinCEN Form 114, also known as an FBAR.

While FATCA foreign asset reporting doesn’t affect all expats, the other part of FATCA affects a lot more.

They comply because if they don’t, the US government imposes a 30% withholding tax when they trade in US markets.

However, an unintended consequence of this has been that many foreign banks, faced with the extra reporting burden that FATCA has placed on them, have made the decision instead of reporting US account holders, not to serve Americans, sometimes closing existing American expat clients’ bank accounts, or not allowing Americans to open new accounts or apply for loans or mortgages.

For thousands of Americans living abroad around the world, this has resulted in them struggling to buy a house, or access banking or credit facilities for their business. It has in turn been one of the major reasons why so many Americans have resorted to renouncing their US citizenship.

Then there is the question of unwarranted intrusion on a global scale. The vast majority of the estimated nine million Americans living abroad are ordinary people rather than tax dodgers, and they don’t appreciate their bank and other financial details (including bank balances) being handed over to the IRS.

FATCA came into effect mid way through 2014, so 2015 was the first tax year that the IRS had a full set of financial data from foreign institutions for Americans living abroad, meaning it can compare information provided on expats’ tax returns and FBARs with information provided by foreign banks and other financial firms, and flag discrepancies. They can also now see who has and hasn’t filed.

Up until now, many Americans living abroad have assumed that they can remain safely beyond the IRS’ reach though. Because of FATCA, this is no longer the case.

If you have any doubts or questions about filing US taxes from abroad, seek advice from a US expat tax specialist. Expats who are behind with their US tax filing can often catch up and avoid penalties under the IRS Streamlined Procedure program.