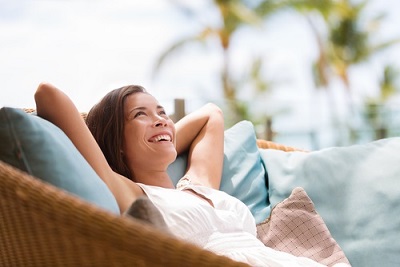 California is among the states with the most stringent income tax regimes, and similarly to the Hotel California lyric, you can check out any time you like, (yet when it comes to taxes), it can be hard to actually leave!

Which expats have to pay California State Taxes?

There are many reasons why California may still consider a former resident living abroad to be a resident for tax purposes, and they are not all clearly defined. The California Franchise Tax Board (FTB) looks at each case individually.

The two most common instances when expats who previously lived in California are required to continue paying California state taxes are firstly, if they still have income sourced in California (including actively earned income from employment or self-employment, and passive income such as from rental properties or investments); or, secondly, expats who are former residents of California who maintain ties in the state.

Ties might include owning property, retaining bank or investment accounts (other than pension accounts), returning to California periodically, driving and voter registration, dependents, professional licenses, and retaining the ongoing services of registered professionals in California.

What are California’s State Tax Rates?

“Democrats in Sacramento are proposing to raise the state’s already punitive 13.3% top income tax rate to 16.8%—retroactive to January of this year.” – wsj.com

California state tax rates start at 1% for low earners, and peak at 13.3% on higher incomes. The 13.3% rate was originally intended to be temporary, but it was then extended until 2030, and there is now talk of raising it further to 16.8% for high earners as well as introducing a wealth tax.

What about federal taxes?

All American citizens, including expats, are required to file US federal taxes on their worldwide income.

When expats file their US federal taxes, they can reduce their federal tax bill (most often to zero) by submitting additional IRS forms to claim either the Foreign Tax Credit or the Foreign Earned Income Exclusion. Expats often also have to report their offshore businesses, and financial assets and accounts.

This means that former residents of the Golden State who qualify to pay foreign taxes in their new country of residence (depending on local tax rules there) may find themselves unfortunately and unavoidably subject to double taxation.

To avoid this scenario, some expats choose to move states before they move abroad. While not always possible, moving residence and ties to a zero tax state such as Florida before moving abroad could mean a significant tax saving in the long run, especially if the move abroad is going to be long term.

There is one scenario when expats can avoid filing Californian taxes. Known as the Safe Harbor Rule, expats who move abroad for at least 546 consecutive days on an employment contract are not considered state residents for tax purposes, regardless of the ties they retain to the state or trips back to California (so long as they are not there for more than 45 days per year).

The only exceptions are if they also have passive income of over $200,000 in a year while they’re abroad, or if they are moving abroad with the sole aim of avoiding taxes.

Expats who have any questions or concerns about their US federal or state tax filing while living abroad should seek advice from an expat tax specialist.