How Does the Trump Tax Reform Affect Expats with Foreign Earned Income? 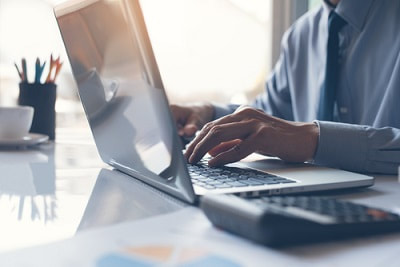 Trump’s 2016 election campaign promised tax reform, and in December 2017, after just under a year in office, he delivered on his campaign promise by signing into law the Tax Cuts and Jobs Act.

The bill was written and passed quickly, and as any tax cuts had to be funded by other measures, many people’s wishes for tax reform weren’t granted.

In particular, American expats around the world were hoping for relief from the requirement to file US taxes from overseas.

America is almost unique in requiring all US citizens to file US taxes and report their worldwide income, even if they live abroad.

The measure was introduced back during the Civil War, as many landowners were fleeing to Canada, however up until 2010 Uncle Sam had limited means of enforcing the requirement for expats to file.

In the wake of the 2008 financial crisis however the Obama administration passed the Foreign Account Tax Compliance Act (FATCA), which obliges all foreign banks and other financial firms to hand over their American account holders details (including account balances) to the IRS. Combined with a raft of intergovernmental tax information sharing agreements, FATCA at last gave the IRS global reach to enforce US tax compliance for Americans living overseas.

Many Americans take exception to the requirement though, as they are being taxed without receiving the benefits of the taxation, such as public services, and they hoped that the Trump tax reform plan would recognize and remedy this perceived injustice. Despite lobbying by ACA (American Citizens Abroad) however, neither FATCA nor citizenship based taxation were repealed in the final Tax Cuts and Jobs Act.

Thankfully though, the various exemptions and exclusions available to expats that mean the majority don’t end up owing any US tax were left in place, including the Foreign Earned Income Exclusion.

“U.S. citizens who live and work abroad are some of the country’s most important unofficial ambassadors. They play an important part in shaping how their international coworkers, friends and family members view the U.S. and American values.” – NBC News

The Foreign Earned Income Exclusion allows American expats to exclude up to around $100,000 (the exact figure rises a little each year) of their foreign earned income from US taxation.

To claim the Foreign Earned Income Exclusion, expats must file form 2555 when they file their annual federal tax return. Form 2555 also requires that expats prove that they live abroad, either by providing proof that they are a permanent resident in another country (this is called the Bona Fide Residence Test), or by providing proof that they spent at least 330 days outside the US in a tax year (or, if they moved abroad mid year, in the following 365 days; this is called the Physical Presence Test).

The Foreign Earned Income Exclusion will remove expats who earn under around $100,000 from all US tax liability, although they still have to file a US tax return to claim it. Expats who earn over $100,000 and who rent a home abroad can also claim the Foreign Housing Exclusion on form 2555, allowing them to further exclude the value of many of their housing costs from US taxation. Expats who pay foreign income tax may also benefit from claiming the Foreign Tax Credit, either instead of or as well as the Foreign Earned Income Exclusion, depending on their circumstances.

What is foreign earned income?

Foreign earned income is defined as any income that has been actively rather than passively earned by an American citizen or green card holder while they are living abroad.

This includes wages, salaries, commissions, bonuses, professional fees and tips, whether from employment or self-employment, but not dividends, interest, capital gains, alimony, social security benefits, pensions, annuities or gambling winnings, which are considered passive rather than earned inco

Can expats who haven’t been filing US taxes catch up?

Expats who haven’t been filing a US tax return from abroad because they weren’t aware that they were required to can catch up either by simply back-filing their missing tax returns if they have only missed one or two years, or if they have missed three or more years they can catch up without facing any penalties under an IRS amnesty program called the Streamlined Procedure.

We would advise expats who are behind with their US tax filing to catch up at their earliest opportunity though, before the IRS writes to them, as once the IRS contacts them they won’t be able to back claim the Foreign Earned Income Exclusion, so they will potentially be liable to pay a steep back tax bill.