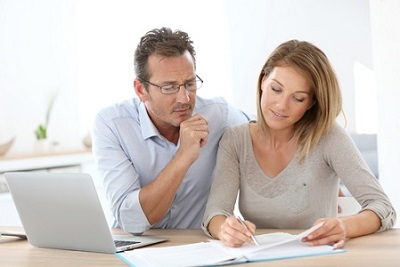 All Americans are required to file US taxes if they meet minimum income thresholds, including their global income, regardless of whether they live in the US or abroad.

This leaves many expats having to file twice, to the country where they live as well as to the US.

Thankfully, when they file, they can claim one or more provisions that the IRS has made available to reduce the risk of double taxation, such as the Foreign Earned Income Exclusion, and the Foreign Tax Credit.

Expats may also have to report any foreign bank accounts, investments, financial assets, and business interests that they may have.

What is Alternative Minimum Tax?

The Alternative Minimum Tax (referred to as AMT), was introduced in 1969 in response to some taxpayers claiming so many deductions and exemptions that they paid no tax at all.

The way it works is that any American whose gross adjusted income crosses a certain threshold ($70,300 for 2018) has to calculate the AMT in addition to regular income tax.

Expats in this situation are required to calculate which is the higher rate of tax that they would owe, AMT or regular income tax, and pay the higher rate.

Changes to AMT since the 2017 Tax Reform

“The Alternative Minimum Tax (AMT) has changed, and it won’t trap nearly as many people as in the past.” – Forbes

Over the last 15 or 20 years, a tax that was originally only meant to ensure that the very highest earners didn’t completely avoid tax became more common, as the thresholds didn’t change while incomes increased.

To remedy this situation, changes were made to AMT in the Tax Cuts and Jobs Act of 2017 (the Trump Tax Reform) that mean that far fewer people now pay AMT.

These changes raised the tax thresholds levels below which no Alternative Minimum Tax is owed, and also raised the ‘phaseout threshold’ above which the exemption level was reduced.

Here is a comparison of the exemption and phaseout levels before and after the Tax Reform:

The majority of expats don’t end up having to pay Alternative Minimum Tax, as after claiming the Foreign Tax Credit or Foreign Earned Income Exclusion, and given the changes made in the Tax Reform, their gross adjusted income is below the threshold.

Expats whose gross adjusted income exceeds the threshold on the other hand are required to attach Form 6521 to their US federal tax return to calculate their AMT liability.

Form 6521 is a complex form and we recommend that expats with any questions or doubts about their US tax filing seek advice from a US expat tax specialist.

The IRS is aware that some expats haven’t filed their US tax returns from abroad because they weren’t aware that they had to. For this reason, in 2014 they launched an amnesty program called the Streamlined Procedure that lets expats catch up with their US tax filing without facing penalties. Expats in this situation should seek advice as soon as possible though, as the IRS has access to financial information directly from foreign banks and governments.