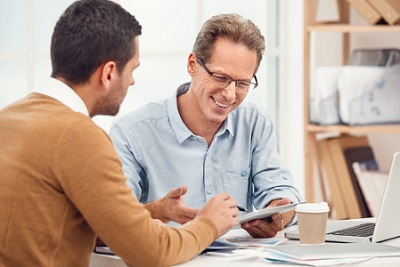 Americans living abroad are required to file a US tax return, reporting their worldwide income, just as if they were living in the States.

To avoid paying US taxes as well as foreign taxes on their worldwide income, the IRS has made a number of provisions available, such as the Foreign Tax Credit and the Foreign Earned Income Exclusion, to help reduce expats’ US tax bill when they file.

Expats also often have additional US filing requirements, such as reporting their foreign bank accounts, investments, and assets, depending on their values.

US expats may also have to continue filing a state tax return from overseas.

State taxes for US expats

Whether expats are required to file state taxes from abroad depends on the rules in the state where they last lived.

A summary of which states fall into each category is below. Those states that do charge income tax typically look at what ties an expat has retained in that state after moving abroad when deciding whether to continue taxing them.

Ties that some states interpret to mean that an expat may return include:

– Property ownership, or mortgage or lease payments on property in the state

– Retaining bank accounts or investments in the state

– Voter registration in the state

– Still paying telephone and utility bills in the state

– Library cards in the state

– Association memberships, corporate interests, or (remote) employment in the state

“Failure to make a clean break may mean that your home state will continue to consider you a resident and will hit you up for taxes — even if you’re living off your retirement savings in Costa Rica.” – CNBC

– Spouse or children/dependents living in the state

The first category is a group of four: California, New Mexico, Virginia, and South Carolina. These states assume that residents moving abroad will move back at some point if they have retained any ties to the state, and so continue to tax them while they are abroad.

At the other end of the scale, the best state residency for expats is in one of the following seven states that don’t have any state income taxes (sometimes referred to as ‘the Magnificent Seven’):

The remaining thirty seven states are typically happy to let expats stop filing once they have been abroad typically six months (the time period can vary in different states) and so long as they can demonstrate that they are a permanent resident in another country.

Moving to a no-tax state before moving abroad

One strategy available to Americans wanting to move abroad from a state that may continue wanting to tax them is to move to a no tax state before expatriating.

It’s a strategy most appropriate for those expats who are moving abroad permanently, as it requires severing ties to the original state, establishing domicile in a new state, and collecting and retaining a paper trail to prove it.

So for example, someone living in California might move to Florida before moving abroad, renting a home in Florida, closing their financial accounts and any other associations and memberships in California and opening new ones in Florida, as well as changing their voter registration and driving licenses. This will let them prove beyond doubt to the Californian tax authorities that their move was real. In the final year of Californian tax residency, they would also have to file a part-year tax return.

Need to file back taxes?

Americans who have already moved abroad and need to file back taxes because they weren’t aware of the requirement to file US federal (and state) taxes from abroad can catch up without facing penalties under an IRS amnesty program called the Streamlined Procedure.