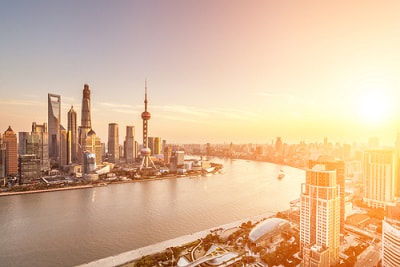 There are an estimated 149,000 Americans living in China.

Living in China is certainly an adventure, and it should be a rewarding one. With China’s unique and fascinating history, culture, and cuisine, it’s guaranteed to be a mind-broadening experience. As an American expatriate living in China though, what exactly do you need to know regarding filing US expat (and Chinese) taxes?

The good news is that if you are already paying income tax in China, there are various exclusions and exemptions available to prevent you paying tax on the same income to the IRS too.

If your income is higher than US$10,000 (or $400 for self-employed individuals), you must file form 1040. While taxes owed are still due by April 15th, expats get an automatic filing extension until June 15th, which can be extended still further online until October 15th.

If you have foreign assets worth over US$200,000 (per person), excluding a home owned in your own name, you should also file a form 8938 to declare them.

If you had more than US$10,000 in total in one or more foreign financial accounts at any time during the tax year, you should also file FinCEN form 114, otherwise known as a Foreign Bank Account Report or FBAR .

“For foreigners working in China, determining the applicability of individual income tax to one’s situation involves decoding a set of intersecting criteria and rules.”
– www.china-briefing.com

If you are paying income tax in China, there are several ways to avoid paying tax on the same income to the IRS. The two primary ways to consider are the Foreign Earned Income Exclusion, which lets you exclude the first around US$100,000 of foreign earned income from US income tax so long as you can demonstrate that you are a resident in China, and the Foreign Tax Credit, which allows you a dollar credit for every dollar of tax that you’ve already paid in China. The Foreign Tax Credit is typically a better option if you pay more tax in China than you owe in the US, as you can carry the excess tax credits forward. It’s important to remember though that even if you don’t owe any tax in the US, if your income is above US$10,000 (or $400 for self-employed individuals) you must still file a return.

The US and Chinese governments share taxpayer info, and Chinese banks pass on their US account holders’ account info to the IRS, so it’s not worth the risk of not filing or not fully disclosing your income. The penalties for tax evasion (and incomplete or inaccurate filing) for expats are very stringent to say the least.

If you’re a US citizen (including dual citizens) or green card holder and you have lived in China for some time but weren’t aware you should be filing US taxes, don’t worry though: there’s a program called the IRS Streamlined Procedure that allows you to catch up on your filing without facing any penalties. It’s better not to put this off though, before the IRS comes to you.

Chinese taxes – what you need to know

The Chinese mainland personal income tax system is relatively complex. For example, there are different income tax rates for different types of income, such as employment, rental, and dividend income. Residents’ income is taxed on a scale from 3% to 45%.

Chinese tax returns are due by March 31st, while tax payments should be made monthly starting on the same date. Chinese equivalent of the IRS is called the State Tax Administration.

Hong Kong, Macau, and Taiwan are considered special administrative regions however, and have their own, separate taxation systems. Hong Kong has much lower and simpler taxes than the rest of China, with income tax only payable on income originating in Hong Kong.

We strongly recommend that if you have any doubts or questions about your tax filing situation as a US expat living in China, you contact an expat tax specialist.