IRS Taxes For US Citizens Living Abroad – A Guide 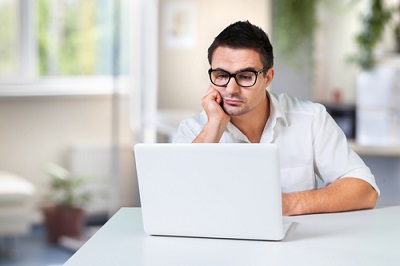 Filing from overseas involves filing more forms, both to claim tax credits to avoid double taxation and also because there are extra reporting rules for many Americans living abroad, relating to reporting their foreign registered financial accounts, assets, and business interests.

US citizens living abroad receive an extra two months to file their IRS tax return, until June 15. This is intended to provide time to file foreign taxes first. Foreign tax filing deadlines vary from country to country, and some are in fact after June 15, so US citizens abroad can also file Form 4868 to request an extension until October 15 (the same as Americans filing in the States).

However, if you do owe any US tax, this must be paid by by April 15 to avoid having to pay interest on the tax owed, even if you haven’t filed yet. This is also true of quarterly estimated payments for US social security tax, if you’re employed overseas and do not have federal tax es withheld, or if you’re self-employed (more on this later on).

“Many Americans living abroad qualify for special tax benefits, such as the foreign earned income exclusion and foreign tax credit, but they can only get them by filing a U.S. return.” – the IRS

Is the Foreign Earned Income Exclusion a better option?

US citizens living abroad who don’t pay foreign income taxes, or who pay foreign income tax at a lower rate than the US rate are often better off claiming the Foreign Earned Income Exclusion on Form 2555. This is also only true if all your income is earned (rather than from rents or investments, for example), you earn less than around $110,000, and you either spent 330 days outside the US in a 365 day period (often the tax year) or have permanent residence in another country.

The Foreign Earned Income Exclusion lets you exclude up to around $110,000 (the figure varies a little each year) from US taxation.

Do US citizens living abroad have to report their foreign registered business, accounts, or investments?

Most types of foreign registered business trigger additional US reporting requirements, rather than being automatically considered pass-through entities that can be included on Form 1040. Foreign business ownership reporting is often complex, so always seek advice from a US expat tax specialist.

You may also have to report your foreign bank and investment accounts, if you have over $10,000 in total in foreign financial accounts, counting your bank, investment and pension accounts. This involves filing FinCEN Form 114 online, which is often also referred to as a Foreign Bank Account, or FBAR.

A refund for expat parents

Otherwise, US self-employment taxes consist of 15.3% of income. Note that neither claiming the Foreign Tax Credit nor the Foreign Earned Income Exclusion removes the requirement to pay US social security taxes.

If you’re a US citizen living abroad and you haven’t been filing your US taxes, there’s an IRS amnesty program for expats that allows you to catch up without facing penalties (and while claiming the Foreign Earned Income Exclusion or the Foreign Tax Credit). It’s called the Streamlined Procedure, and if this is you, we strongly recommend that you seek advice from an expat tax specialist at the earliest opportunity, before the IRS contacts you