Do Tax Treaties Protect US Expats from Double Taxation? 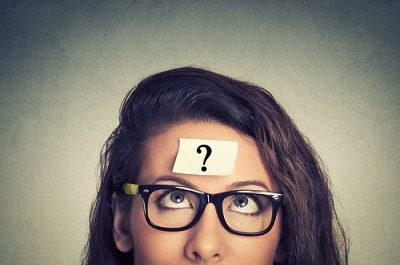 American citizens and green card holders, including people who have the right to US citizenship, are required to file a federal income tax return each year declaring their worldwide income, wherever in the world they live. They may also have to pay US taxes.

In principle, tax treaties are intended to prevent double taxation on the same income by two different countries.

The US has signed tax treaties with around 70 other countries (with more in the pipeline), however in general these treaties protect foreign nationals living in the US from double taxation much more than US citizens living abroad.

This is because most US tax treaties contain a ‘Saving Clause’, which essentially guarantees the US the right to tax its citizens regardless of the other provisions of the treaty.

When exactly are tax treaties beneficial to US expats?

There are however circumstances when a tax treaty can benefit Americans living abroad.

In particular, many US tax treaties prevent the US from taxing foreign-sourced dividend, interest and royalties income that has already been taxed in the expat’s country of residence. This will be beneficial for an expat who receives these types of income and lives in a host country that taxes them at a lower rate than the US would.

“With certain exceptions, (tax treaties) do not reduce the U.S. taxes of U.S. citizens or residents. U.S. citizens and residents are subject to U.S. income tax on their worldwide income.” – The IRS

Another example of when a tax treaty can benefit US citizens is if they are living abroad as a researcher, student, teacher or trainee. Most US tax treaties contain provisions to exempt these groups from having to pay taxes in their host country, providing their residence abroad is temporary, typically no longer than 2-5 years, as defined in each tax treaty.

Two important points to make though are that all tax treaties are different, so if you think you might benefit from a tax treaty provision, you still have to check the particular treaty, and secondly, that the benefits of a tax treaty aren’t applied automatically, but instead have to be claimed by filing form 8833 when you file your federal income tax return.

So how can expats avoid double taxation?

So in general, the usefulness of tax treaties to protect most US expats from double taxation is limited. The good news however is that there are a number of other ways to do this.

For expats who earn up to around $100,000, the Foreign Earned Income Exclusion lets them exclude their income from US taxation.

Another way of avoiding double taxation is by claiming the Foreign Tax Credit, which offers a $1 US tax credit for every dollar of tax already paid in another country.

This is often a good strategy for expats who have paid more tax abroad than they would owe to the US, as they can claim more US tax credits than they need and carry their excess credits forward for future use.

It’s probably clear by now that expats always have to file to claim the exemptions that let them avoid double taxation, and also that expats should strategize which exemptions they claim depending on their circumstances (to file most beneficially in terms of tax efficiency). It may or may not be beneficial to take advantage of the provisions of a tax treaty a part of this strategy, again depending on their circumstances.

Expats who weren’t aware that they have to file a US tax return while living abroad, perhaps because they thought they were protected by a tax treaty, should consider catching up with their US tax filing using the Streamlined Procedure. The Streamlined Procedure is an IRS amnesty program that lets expats catch up without facing any penalties, while also letting them backdate the exemptions (and tax treaty provisions, if applicable) that allow them to avoid double taxation.