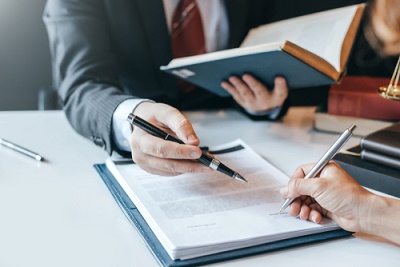 On July 16th and 17th, the Senate approved updates to the International Tax Treaties the US has with Spain, Japan, Switzerland and Luxembourg.

These updates, or protocols, were agreed with the respective countries nearly a decade ago, with the delay in their ratification largely due to the efforts of a single senator, Paul Rand, who has concerns that the information exchange elements of the new protocols breach Americans’ privacy rights.

Further ratification of updates to treaties with Poland, Hungary and Chile are still pending.

How do US international tax treaties benefit US expats?

All Americans are required to file US taxes on their global income. This rule leaves many expats at risk of double taxation, as they may also have to file foreign taxes in the country where they live. Unfortunately, the international tax treaties that the US has signed with around 70 other countries don’t mitigate this risk for most expats.

Instead, when expats file their US tax return from abroad, they can claim the Foreign Tax Credit, which allows them to claim US tax credits up to the same value of foreign taxes that they’ve already paid abroad. For many expats, this provision will mean that they no longer owe any US taxes, as many foreign countries have higher income tax rates than the US.

Expats may also be able to claim the Foreign Earned Income Exclusion, which simply lets expats exclude the first around $100,000 of their earned income from US taxation.

“Supporters of the treaties say that the agreements are critical for cross-border investment so taxpayers can avoid double taxation. Additionally, the information sharing helps governments crack down on tax evasion.” – Bloomberg

Some expats may need to claim both, depending on the tax rules in the country where they live, as well as their income types and levels and where their income is sourced. Expats should always seek advice from a US expat tax specialist to ensure that they file in the most beneficial manner.

Some expats may benefit from a tax treaty provision however, in particular researchers, developers, teachers, athletes, artists, students, some retirees, and some Americans with foreign registered businesses that also trade in the US. These expats can claim any relevant treaty provision when they file their US federal tax return by attaching IRS Form 8833.

How will the newly ratified protocols affect expats?

The new protocols that have been ratified are updates to existing treaties. The new Switzerland, Spain and Japan protocols introduce exemptions to certain withholding taxes on interest and cross border dividends. The latter is intended to allow companies to invest and expand rather than keep their money tied up in refundable taxes for long spells of time. Paragraph

All four treaties also provide for exchange of information between the two countries to allow them to ensure that no one is dodging taxes either. Expats should note that international information exchange is a growing trend globally, and that in any case the IRS already has access to data about Americans’ global finances provided by almost all foreign banks, including balance and contact information, so they are broadly aware of which expats should be filing a US tax return globally.

Americans who live abroad but haven’t been filing US taxes reporting their global income because they weren’t aware that they had to can catch up without facing penalties under an IRS amnesty program called the Streamlined Procedure.

Americans who are just one or two years behind can simply back file.