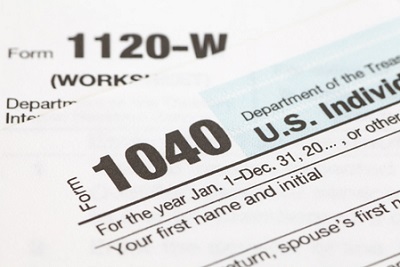 The IRS has released a new draft Form 1040 for 2019 tax year (filing in 2020). While the new form is still in a public consultation phase, it’s notably different from the current Form 1040, which itself was only introduced just in time for the 2018 tax year and was a big departure from the 2017 form.

Up until 2018, Form 1040 had remained largely unchanged for decades. Before he was elected, President Trump promised to simplify the tax filing process, including pledging to make Form 1040 ‘postcard sized’. The difficulty was that Form 1040 was long for the reason that it had to contain fields for all the information that the IRS needed to collect depending on each filer’s circumstances.

The solution the IRS came up with to allow President Trump to keep his campaign pledge was to create a postcard sized form containing only fields for the most basic information, while moving all the other fields onto new schedules. However the new format turned out to potentially create a more complex filing experience in the end, as taxpayers had to locate where the fields they needed had been moved to. (National Taxpayer Advocate Nina Olson said that there was a 200% increase in errors on tax forms in 2019 compared to 2018, presumably due to taxpayers trying and failing to navigate the new layout).

That all said, 90% of people now use either a tax preparer or a software to file, meaning that the format of the paper form is less relevant, as in both scenarios Form 1040 is populated by software.

Despite this, the IRS has now released a new version that aims to strike a balance between last year’s new postcard sized form and its many schedules, and the previous version.

The new draft form for tax year 2019 (filing in 2020) is bigger than a postcard but smaller than the previous form, so quite literally a compromise. The IRS says that it is still postcard sized – just a bigger postcard.

The main change is the return of tax calculations to page 1. The other significant change is condensing six schedules to just three. Overall, it seems that the new version may in fact be an evolutionary improvement on both of the previous ones.

“Why did the form grow? There’s a good reason. The income reconciliation schedule – the bit where you summarize your income from the various forms and schedules – has been returned to the front page.” – Taxgirl, Forbes

Expats should note that the field to enter a foreign addresses have been moved from schedule 6 onto the main form.

IRS spokesman Eric Smith said that the IRS is accepting public commentary on the new Form 1040 until Aug. 15 and hopes to have a final form by November. Again this is welcome clarity after last year’s new form was only confirmed at the start of tax season.

A new form for senior citizens

Working on the assumption that most people who still file a paper version of the form are senior citizens, the IRS is introducing a new version of Form 1040 for them, which will be known as Form 1040-SR.

The main form will include income types (including pensions and annuities, IRA distributions, and social security benefits), common deductions, capital gains and losses, and the ability to claim basic credits (e.g. the child tax credit and the earned income credit ).

US tax filing for expats is typically more complex than for Americans living in the US. This is because expats still have to file a US tax return, often as well as a foreign tax return in the country where they live. Neither tax treaties nor income levels or types alleviate expats from having to file US taxes, reporting their worldwide income, and furthermore expats normally have to file additional forms (such as those required to claim the Foreign Tax Credit or Foreign Earned Income Exclusion) to reduce their US tax bill (most often to zero).

Expats are also required to report their foreign bank accounts and investments, based on minimum value thresholds.

Expats who are behind with their US tax filing because they weren’t aware that they were required to file from abroad can catch up without facing penalties under an IRS amnesty program called the Streamlined Procedure.

We strongly recommend that expats with any questions or queries relating to filing US taxes from abroad contact a US expat tax specialist at their earliest convenience, to ensure that they avoid possible future issues with the IRS.