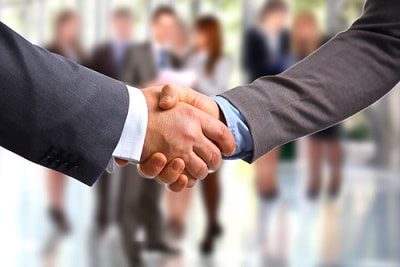 The US is the only developed nation that taxes based on citizenship rather than residence. This means that all American citizens and green card holders, including people who are entitled to US citizenship but have never claimed it (through a parent being American perhaps, or through having been born in the States then moved abroad permanently when young) have to file a US tax return and potentially pay US taxes on their worldwide income, wherever in the world they live.

Of the estimated nine million Americans living abroad (this number includes diplomatic and military personnel), only a small proportion are currently filing a federal US tax return however.

Many of those who don’t aren’t aware of their obligation to file a US return, believing that because they pay tax in another country, they don’t have to. This assumption is mistaken.

Another mistaken assumption is that because a tax treaty exists between the US and their country of residence, where they may already pay taxes, again they don’t have to file a US return and pay US taxes. Unfortunately this isn’t the case either.

While the US has signed tax treaties with around 70 countries, US taxpayers who wish to claim any of the provisions contained in one of these treaties still have to file a return to claim the provision, and they may also still be liable for US taxes. Furthermore, almost all the treaties contain a “saving clause” which prevents US citizens from using a tax treaty to avoid taxation of U.S. source income.

There are other mechanisms that prevent or reduce US income tax liability for Americans living abroad, such as the Foreign Earned Income Exclusion, and the Foreign Tax Credit, however again these need to be actively claimed by attaching extra forms to a federal income tax return. Which of them it is most beneficial to claim depends on each taxpayers’ individual circumstances, however the salient point is that a return must be filed in all cases where a US citizen or greencard holder earns over $10,000 a year, or just $400 a year of self-employment income.

Tax treaties can certainly be beneficial to US expats, for example if an American living abroad is receiving a form of income that is covered by a treaty, such as foreign social security payments. To take advantage of a provision laid out in a tax treaty, you should fill in and file form 8833 with your income tax return.

So in answer to the original question, if you live abroad and earn over $10,000, or just $400 if you’re self-employed, you are required to file a US income tax return whether the country where you live has a tax treaty with the US or not.

“Most income tax treaties contain what is known as a “saving clause” which prevents a citizen or resident of the United States from using the provisions of a tax treaty in order to avoid taxation of U.S. source income.”
– the IRS

US expats have additional filing obligations too, such as reporting foreign assets worth over $200,000 per person (excluding a home owned in their own name), and reporting foreign financial accounts if they contain an aggregate total of over $10,000 at any time during the tax year.

Penalties for failing to file can be steep, and the IRS is increasingly capable of knowing who isn’t filing from information provided by foreign tax authorities as well as foreign financial institutions (including banks). However, if you weren’t previously aware of your obligation to file, perhaps because you thought you were protected by a tax treaty, there is an amnesty program called the Streamlined Procedure that allows you to catch up without facing any fines.