US Tax Guide for Americans Gifting to a Foreign Spouse 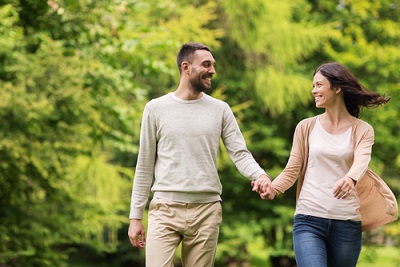 A gift to a foreign spouse (a Nonresident Alien or NRA spouse in IRS speak), can be an effective strategy for Americans living abroad to reduce their US tax bill.

Americans living abroad married to a foreign spouse are required to file US taxes on their global income every year. This is true of all American citizens (and Green Card Holders) worldwide, a well as all American residents, due to America having a citizenship-based taxation system.

When Americans file from abroad, they can claim IRS provisions such as the Foreign Earned Income Exclusion and the Foreign Tax Credit, by filing the appropriate forms, that will reduce their US income tax bill, often to zero.

Making a gift to a foreign spouse can also be part of an overall financial strategy to help reduce an American’s US tax bill.

This is because most American expats who are married to a foreign spouse elect to file separately from their spouse on their US tax return, which keeps their spouse outside of the US tax system.

Gifting to a foreign spouse – US gift tax

Whereas there’s no limit on the size of a gift from an American to an American spouse, Americans gifting to a foreign spouse should be mindful that there is an annual limit on the amount they can gift before it becomes reportable and counts towards their lifetime credit for transfer and estate taxes. Amounts over the annual limit must be reported on IRS Form 709, the United States Gift Tax Return.

“Effective gifting of assets is a long-term estate planning strategy for many American families who live abroad.” – Thun Financial

Gifting to a foreign spouse – reducing US capital gains tax

Furthermore, gifting assets to a foreign spouse means that future increases in the value of the assets won’t be liable for US capital gains taxation.

This is true for real estate as well as financial assets: gifting a partial interest in a property, can reduce or eliminate the requirement to pay capital gains tax when the real estate is sold.

Gifting assets to a foreign spouse can also be a strategy to reduce US income taxes, as if the assets produce income, the income will no longer be liable to US taxation.

Gifting to a foreign spouse – other benefits

Another way that Americans abroad can benefit from gifting assets to their foreign spouse is that it can reduce their US reporting.

For example, an American who has foreign registered assets or corporations often has to report them on IRS Form 8938 and Form 5471 respectively. Americans with foreign registered financial assets often also often have to file a Foreign Bank Account Report (FBAR) to FinCEN, the US financial crimes authority.

Gifting foreign registered assets or corporation ownership to a foreign spouse alleviates the compliance burden of filing these forms annually.

Furthermore, an American who gifts a majority stake in a foreign registered corporation to a foreign spouse will avoid GILTI tax on their corporation’s profits.

Americans who have been living abroad for a while but not filing US taxes can catch up without facing penalties under an IRS amnesty program called the Streamlined Procedure, so long as they do so voluntarily before the IRS contacts them about it.