Minimum Income Required for Expats to File US Taxes 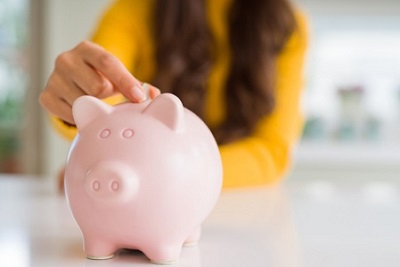 The underlying principle of the US tax system is that US citizens and Green Card holders are required to file and report their worldwide income, whether they live in the US or abroad.

This means that many expats have to file two tax returns, to Uncle Sam as well as in the country where they live.

Unfortunately, tax treaties don’t alleviate Americans living abroad from having to file US taxes. To prevent double taxation, when expats file they can claim one or more IRS provisions such as the Foreign Tax Credit (which allows them to claim US tax credits up to the same value as the foreign taxes that they’ve paid), or the Foreign Earned Income Exclusion (which allows expats to simply exclude up to around $100,000 of their earned income from US tax, so long as they meet IRS rules defining living abroad). Which is more beneficial to claim depends on the details of each expat’s situation, however expats always have to file and claim them as otherwise the IRS considers that they still owe US tax (including on their foreign source income).

Americans living abroad may also have to report their foreign bank and investment accounts (including any accounts they have signatory authority or other control over) by filing a Foreign Bank Account Report (FBAR) and financial assets, depending on their values, as well as any interests in foreign registered businesses that they may have.

The only US expats who aren’t required to file a US tax return are those who annual worldwide income is below the minimum reporting thresholds.

Minimum income required for expats to file US taxes

The minimum income required for a single expat under the age of 65 to have to file for 2018 tax year is $12,000. This threshold can change depending on circumstances though: Single, under age 65 $12,000

The most significant exception to these minimum income requirements is anyone with just $400 of self-employment income is required to file a US tax return, and potentially pay US social security taxes.

The figures will all be adjusted for inflation each year, so for 2019 tax year, the minimum income required for a single expat under the age of 65 to have to file will be $12,200.

Aside from having self-employment income, there can be other reasons why expat with income less than these thresholds have to file, such as if they Alternative Minimum Tax, or if they owe tax on an early distribution from a retirement plan.

There may also be circumstances in which expats with less income than these thresholds don’t have to file but may benefit from filing anyway. For example, expat parents who want to claim the Child Tax Credit, or other credits including the First-Time Homebuyer Credit, the Health Coverage Tax Credit, or the American Opportunity Credit.

In all scenarios, it’s always best to consult an expat tax specialist firm to seek expert advice regarding the most beneficial path forward in terms of getting and staying compliant, minimizing tax bills, and maximizing credits in both the short and long term.

Expats who are behind with their US tax filing because they weren’t aware of the rules can catch up without paying fines under an IRS amnesty program called the Streamlined Procedure, so long as they do so before the IRS contacts them. The program also allows them to claim the IRS provisions that let them avoid double taxation.