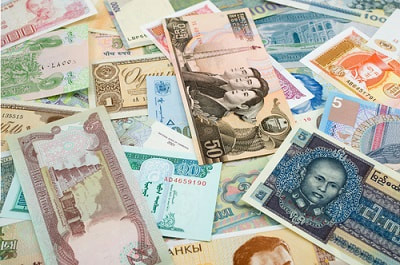 Because the US taxes based on citizenship rather then residence, just like Americans living stateside, expatriates are still required to file a US tax return if they earn over around $10,000, or just $400 of self-employment income. Similarly, they must declare and pay US taxes on their worldwide income, although there are several exclusions that reduce most expats’ US tax liability to zero.

Americans with foreign bank or investment accounts that meet certain requirements must also report them to FinCEN (the Financial Crimes Enforcement Network).

Since 1970, under the Bank Secrecy Act American expatriates are required to report their foreign financial accounts to FinCEN if their accounts contain a total of over $10,000 at any time during the tax year.

Qualifying accounts include all bank and investment accounts, mutual and pension funds, and life insurance policies with a cash value, held in a foreign institution, including foreign branches of American firms.

Joint accounts also qualify, as does any account that the taxpayer has control or signatory authority over, even if the account isn’t in their name, such as a company bank account.

If you have accounts that qualify, you are required to declare them on FinCEN form 114, which should be filed online before April 15th of the year following the tax year, although an extension is available until October 15th. Fincen form 114 is also known as a Foreign Bank Account Report, or FBAR.

“What’s willful and what’s not? Most of us know that innocent, even stupid mistakes can be forgiven. Intentional wrongdoing? Much less so. Since taxes are complex, you might assume that just about anything can be called an innocent mistake. Don’t.”
– Forbes

The Question of Willfulness

Penalties for not filing and FBAR when you should, or for incorrect or incomplete filing, are steep.

Before the Foreign Account Tax Compliance Act (FATCA) was passed in 2010, it was very hard to enforce FBAR filing, as the US government had no way of knowing who did and didn’t have financial accounts abroad. The FATCA law however imposes a 30% tax on financial transactions carried out by foreign institutions in US financial markets for firms that don’t report their US account holders to the IRS. To avoid this tax, over 200,000 foreign financial firms are currently reporting their US account holders’ details to the IRS. This means that if you have a foreign bank or investment account, the IRS now knows about it, along with your name, address, and account balance. The IRS can easily cross reference this information with who has and hasn’t been filing FBARs (and with the details provided in FBARs) – and they know where you live!

Penalties for not filing an FBAR (or incorrect or incomplete FBAR filing) start at $10,000 per year if the IRS believes that the error was non-willful. If the offense is believed to have been willful, which is to say knowingly deliberate, the penalty jumps to whichever is greater between $100,000 and half the balance of the foreign accounts. Again, per year.

So the question of willfulness becomes important for those who haven’t been filing. Recent legal cases have decided that because the FBAR is not a tax filing (as it is filed to FinCEN rather then the IRS), the willfulness standard for the increased FBAR penalty includes “reckless disregard of a statutory duty” and so the government’s burden of proof is the lower “preponderance of evidence” standard.

This means that it is easier for the government to prove willfulness with regard to FBARs than tax filing.

Help is at hand for those who need to catch up

While the penalties for what is judged to be willful non-compliance are extremely high, the non-willful penalties are still no joke, and by far the best solution is for expatriates to catch up with foreign bank account reporting before the IRS contacts them first.

Thankfully, there’s a simple way to do this, assuming that your previous failure to file wasn’t in fact willful. The IRS Streamlined Procedure is an amnesty program that requires you to file your last 3 US tax returns and your last 6 FBARs (in both cases, where appropriate), pay any back taxes due (often none after claiming one or more of the exclusions available to expats), and self-certify that your previous non-compliance was non-willful.