IRS Announces Cryptocurrency Accounts to be Added to FBAR Reporting 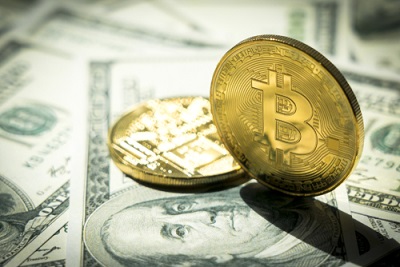 On 31st December 2020, the IRS quietly dropped a Bitcoin bombshell as it released a statement saying that it intended to add virtual currency accounts as a reportable account under FBAR rules.

The statement read: “FinCEN intends to propose to amend the regulations implementing the Bank Secrecy Act (BSA) regarding reports of foreign financial accounts (FBAR) to include virtual currency as a type of reportable account.”

FinCEN is the American financial crimes authority. It has a global reach, and it already requires Americans (including expats) with foreign registered financial accounts to report them annually by filing a Foreign Bank Account Report, or FBAR.

What is FBAR reporting?

The US tax system requires all American citizens (and Green Card holders) who meet minimum income thresholds to file US federal taxes every year, including those living abroad.

Minimum income thresholds for 2020 were $12,400 of any income for individuals ($24,800 for married couples), or $500 of self-employment income, or just $5 of any income for Americans married filing separately with a foreign spouse.

When Americans file their US federal taxes from abroad, they can claim provisions such as the Foreign Tax Credit and the Foreign Earned Income Exclusion that reduce their US tax bill (most often to zero). They still have to file, however.

Additionally, they may be required to report any foreign financial accounts that they have signatory control over (even if an account isn’t registered in their name, such as a joint or business bank account).

Qualifying foreign financial accounts include most bank, investment and individual pension accounts that are registered outside the US.

“The rule change would appear to bring FBAR rules around crypto holdings in line with cash held outside the U.S. by citizens or other U.S. persons. It could have the most visible impact on users of crypto exchanges like Bitstamp and Bitfinex.” – Yahoo Finance

The FBAR filing requirement is triggered if an American taxpayer has a total of over $10,000 in foreign registered financial accounts at any time in the year. The $10,000 threshold relates to the taxpayer, not individual accounts.

How should virtual currencies be reported currently?

Previous guidance relating to reporting Bitcoin and other cryptocurrencies from late 2019 advised that they don’t need to be reported in FBARs, so the new statement is a departure from previous reporting guidelines.

Currently, virtual currencies received by Americans received in exchange for providing a service should be reported as income (and 2020 Form 1040 has a new field asking this question), while gains made on the sale of cryptos can qualify towards capital gains tax calculations.

When will the change take place?

The FinCEN statement on December 31st 2020 declared an intention to amend the FBAR reporting rules, rather it being an immediate change.

The new rules will need to be written carefully, as there are certainly some grey areas that will need to be clarified. For example, will self-held cryptocurrency wallets need reporting as well as those hosted by a virtual coin exchange?

Another question that will arise is whether additional information will have to be provided for virtual currency accounts when filing the FBAR form (FinCEN Form 114) compared to other types of financial accounts, such as blockchain addresses.

The announcement of the proposed change comes shortly after another announcement requiring virtual currency exchanges to report American account holders, however it’s unclear how this will be enforced abroad (where foreign banks and investment firms already do this, enforced by the FATCA law).

The most likely timetable for the proposed change is that the details will be worked out and announced in 2021 and be applied to the 2021 tax year for filing in 2022.

Americans who are behind with their US tax filing and FBAR reporting from abroad because they weren’t aware of the rules can normally catch up without facing penalties or back taxes under an IRS amnesty program called the Streamlined Procedure.