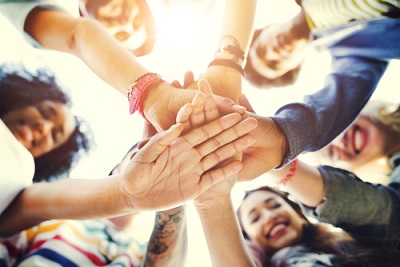 The Bright!Tax Global Scholar Initiative was founded in 2016 to enable exceptional young Americans to further their studies abroad.

Living abroad is a golden opportunity to broaden our horizons by immersing ourselves in another culture, far from the familiarity and security of our homes, families and friends. More often than not, it is life-changing.

Bright!Tax founder and CEO Greg Dewald had the opportunity to study abroad while at university. It was an experience that completely changed his life and his world outlook. He founded the Global Scholar Award to provide the same opportunity to today’s young Americans.

Eleven highly intelligent and impressive young Americans have now benefited from a Bright!Tax Global Scholar Award. From a range of backgrounds and with expertise in a range of disciplines, they are united only in their exceptional track record and ambitions.

In this article, we’ll take a look at where our first nine Global Scholars are today.

Erin Moran, PhD in the UK

Since Erin was unveiled as the first Bright!Tax Global Scholar in 2016, she completed her PhD at University College London’s Institute of Education, presenting her research at national and international conferences.

She is now back in the US, working as Regional Coordinator for Positive Behavior Supports Corp,  a nationwide company that provides in-home therapy for children and adults with intellectual and developmental disabilities. She is a founding member of PBS’ Research Committee. She also serves on the Professional Advisory Board for the International Behavior Analysis Organization, which seeks to develop systems to better serve individuals with disabilities around the world. She is partnering with start-up technology company HiRasmus to develop a hands-on training tool for entry level professionals, parents, and teachers.

After completing her Masters degree in European Studies at the University of Leipzig in Germany, Kersey was awarded the International Parliamentary Scholarship (IPS) in 2018. As part of the five-month IPS program, she worked in the office of an elected member of the Bundestag, the German Parliament in Berlin. After completing the scholarship program, she continued working in the Bundestag as a parliamentary assistant until May 2020, since when she has been working for the UK’s Department of International Trade at the British Embassy in Berlin.

Adeel Mufti, MSc in the UK

After completing his MSc, Adeel began working as a Research Engineer at FiveAI, a self-driving (autonomous vehicle) startup in the UK. He worked on the Prediction component, which seeks to determine how road users will react 10 seconds in the future. Adeel is currently working as a Senior Machine Learning Engineer at Cruise, in San Francisco, the largest startup and leader in the Autonomous Vehicle space.

Aina Swartz, BA in the UK

Aina is in her final year of university at King’s College London studying History and International Relations. She took a couple of years out of school due to health concerns. She is delighted to be returning to London to complete her studies this month.

While back in the States, she started a baking business called Aina’s Swedish Bakery and worked part-time at the Swedish Cultural Center in Seattle. She plans to expand her successful baking business into the UK while she continues her studies.

Addison recently completed her undergraduate degree in International Relations at Tokyo International University. She plans to stay and work in Tokyo. While studying, she also taught English part-time, and had the opportunity to do some modeling.

Brandon Fathy, PhD in the UK

While completing his archeology PhD, Brandon has received additional research awards from the Economic History Society, the Medieval Archaeology Society, and the Society for Post-medieval Archaeology. For his research, he investigated urban emergence at Anglo-Saxon Ipswich, successfully identifying the appearance of town zones and the intensification of some different types of urban/economic activities.

He has also worked with a non-profit organisation called the Brilliant Club to design and deliver courses in high schools.

Digital art he created based on his research has received an Interdisciplinary Research Award.

Since receiving the Bright!Tax Global Scholar Award in 2019, Nessyah has continued working on her PhD. She has presented her research at the 2020 North American Saxophone Alliance Biennial Conference, the 2020 Musicological Society of Australia Conference, and for the Sydney Saxophone Network. She has also published new, typeset critical editions of three saxophone works by Dulcie Holland, and had an article published in The Saxophone Symposium.

She recently won a YouTube playlist competition for a video in which performed all four separate saxophone parts on soprano, alto, tenor, and baritone saxophones.

David Miller, MA in the UK

David recently completed his Master’s in Health Data Science at University College London. He has just been offered a position as a researcher at UCL studying the causes of heart failure.

It’s been an incredible first five years, with some amazing ongoing success stories. From millennia-old archeological excavations to future autonomous vehicles, from diplomats to health research, music, and baking, at Bright!Tax, we are incredibly proud to be supporting the next generation of American global innovators and pioneers.

You can find more information about the Bright!Tax Global Scholar Award here.