US Tax and Reporting Requirements for Expats with Foreign Investments 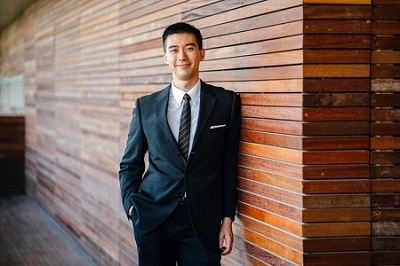 All American citizens are required to file US taxes, including Americans living abroad. This is because the US taxes based on citizenship, rather than on residence.

US filing and reporting requirements for expats are in fact more extensive and complex than those for Americans living in the States. This is due to several laws that have been passed over the years to prevent offshore tax avoidance.

In this article we’ll look at some of the key US tax and reporting requirements that expats with foreign investments – and those thinking about investing abroad – should be aware of.

The US taxes all Americans on their global income, wherever they may reside. This means that expats have to report their foreign income too when they file.

They are also required to report their foreign bank accounts, investments, and assets, depending on minimum value thresholds, and their foreign registered business and wider financial interests.

Tax treaties benefit very few American expats, however they can help some people in certain circumstances, and depending on each particular treaty, often including students, teachers, researchers, and sometimes retired people.

Expats can claim US tax credits to the same value as foreign taxes that they’ve paid by filing IRS Form 1116 when they file their US tax return.

“Foreign investments are like a layer cake, with several areas that potentially need to be reported, depending on type of account and assets.” – Forbes

Claiming the Foreign Tax Credit is the primary way that expats can avoid double taxation.

For expats who pay more foreign income tax than they would owe the IRS, this eliminates their US tax bill.

Expats who pay a lower rate of foreign tax, or none (depending on the tax rules in their country of residence), or expats such as Digital Nomads who don’t qualify for tax residence in any single foreign country), can exclude the first around $100,000 of their income from US tax by claiming the Foreign Earned Income Exclusion on IRS Form 2555.

Most expats with foreign investments are required to file a Foreign Bank Account Report (FBAR) each year.

The FBAR filing criteria is that any American who has a total of over $10,000 in offshore financial accounts at any time during a year has to report all of their offshore accounts by filing FinCEN Form 114. Qualifying accounts include investment accounts and bank accounts, as well as business accounts, even if not in an expat’s name. Most foreign pension accounts also qualify.

Expats who have over $200,000 of foreign financial assets meanwhile also have to report them on IRS Form 8938 as part of their US tax return, as required in FATCA (the 2010 Foreign Account Tax Compliance Act).

Neither FBAR nor FATCA reporting signify any additional tax liability – they are solely disclosure requirements. There are however steep penalties for not doing them, and the IRS receives the expats’ financial and contact information directly from foreign banks and investment firms, so it has the ability to confirm that reporting is accurate and complete, too.

Foreign mutual funds are considered to be Passive Foreign Investment Companies (PFICs), and investment in a PFIC brings both additional (complex) reporting on Form 8621 , and high levels of taxation on all capital gains and find distributions.

Some foreign hedge funds, insurance products and pension plans are also considered PFICs, and expats should consult with an expat investment specialist before making these sorts of investments.

Foreign corporations should be reported on IRS Form 5471, and foreign registered trusts on IRS Form 3520.

Each expat’s circumstances are unique, and expats with foreign investments (or those thinking about investing abroad) should always consult with an expat tax specialist to ensure that they remain compliant.

Expats who haven’t been filing US taxes from abroad because they weren’t aware that they had too can catch up without facing penalties under an IRS amnesty program called the Streamlined Procedure.