IRS Tax Penalties, and How to Avoid Them – A Guide for US Expats 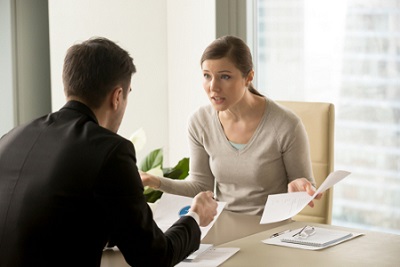 American expats are required to file US taxes, reporting their global income, regardless of which currency they receive it in.

When expats file, they can claim IRS exclusions (such as the Foreign Earned Income Exclusion) and credits (such as the Foreign Tax Credit) to reduce their US tax bill. Crucially though, they have to file and actively claim these provisions, otherwise the IRS assumes that they owe US tax on their worldwide income.

The IRS is receiving balance information about American citizens’ accounts from almost all foreign banks, and it can also access foreign tax information, so it has global reach in terms of knowing US expats’ finances.

In this article we’ll look at the possible IRS tax penalties that expats can face, and how to avoid them.

US expat who file late are subject to late filing penalties the same as Americans living in the States.

Failure to File penalties are 5% of tax owed, applied per month to a maximum of 25%.

While many expats don’t end up owing any US taxes once they have claimed Foreign Tax Credits or the Foreign Earned Income Exclusion, until they file and claim them they are considered to owe US taxes on their worldwide income, so penalties still apply.

Expats who can’t file before June 15th can however apply for a further filing extension until October 15th by filing Form 4868, at which point Failure to File penalties won’t be applied unless expats haven’t filed by this date.

“You may qualify for relief from some penalties, if you tried to comply with the requirements of the law, but weren’t able to meet your tax obligations.” – the IRS

Expats who don’t file and so are considered to owe US taxes on their global income, as well as some expats who still owe some US tax after they file (perhaps because they have high income levels and live in a country with a lower tax rate than the US), are required to pay the US tax they owe by April 15th. This is regardless of whether they’ve filed a US tax return yet – taxes paid can be estimated if need be.

Expats who owe US tax (or who the IRS considers to owe it) and who don’t pay it by April 15th are subject to Failure to Pay penalties consisting of 0.5% of tax owed.

Besides a Failure to Pay penalty, expats who owe tax but pay it after April 15th are subject interest at a rate of 3% plus the federal short term rate on the tax they owe. Interest is determined and applied quarterly.

Expats with a total of over $10,000 in foreign financial accounts are required to report them each year by filing an FBAR (Foreign Bank Account Report).

Qualifying accounts include bank and investment accounts, and also accounts that an expat has signatory authority or a financial interest in, even in not in their name (e.g. a business account).

FBARs are filed to FinCEN, and FinCEN penalties are much more stringent than IRS ones. For example, expats who should be filing an FBAR but don’t, or who make a mistake or omission when filing an FBAR, are subject to penalties starting at $10,000 a year if their non-compliance was unintentional. Intentional errors face penalties starting at $100,000 a year, and escalating to potentially jail time for willfully concealing foreign accounts.

The IRS can check information reported on FBARs against the same information that is also being provided to them by nearly all foreign banks.

The simplest way for expats to avoid IRS and FinCEN penalties is to ensure that they fulfill their US reporting responsibilities.

Expats who haven’t been doing so because they weren’t aware that they had to (as opposed to willfully avoiding them), can often catch up under an IRS voluntary program, such as the Delinquent FBAR Procedures program, or the Streamlined Procedures, so long as they do so before the IRS contacts them.