How to File Form 1040-NR for Non-Resident Aliens 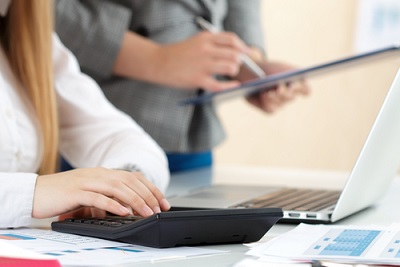 The US tax system is different to other countries, firstly because it is citizenship-based rather than residence-based, and secondly because the US has global financial reach.

Being citizenship-based means that all US citizens and Green Card holders have to file a US tax return every year, and report their total global income, no matter where in the world they live or in what currency.

To avoid double taxation, rather than relying on tax treaties, when Americans living abroad file their US tax return they can claim special credits and exclusions.

The US not only taxes US citizens and Green Card holders though; it also taxes non-US nationals (and non-US entities such as corporations and trusts) in certain circumstances.

Am I a non-resident alien?

A non-resident alien is an alien who neither has a Green Card nor meets the Substantial Presence Test.

“If you are an alien (not a U.S. citizen), you are considered a Nonresident Alien unless you meet one of two tests: the green card test or the substantial presence test” – the IRS

If an alien has a Green Card or meets the Substantial Presence Test, they are considered a ‘resident alien’.

When do non-resident aliens have to file Form 1040-NR?

A non-resident alien has to file Form 1040-NR if they have US-sourced income that wasn’t taxed at source, or if they are considered to have been involved in a trade or business in the US during a tax year.

Other examples of US-sourced income are rental income from property, or income from US investments such as stocks.

Non-resident aliens are taxed solely on these types of income (whereas US citizens and Green Card holders are taxed on their worldwide income), however they can claim the same deductions and credits as US citizens.

Non-resident aliens are taxed at two rates: income known as ‘Effectively Connected Income’, related to he operation of a business, or personal or earned income, which is taxed at the same graduated income tax rates as US citizens.

US-sourced passive income such as rents, dividends, pensions, interest and royalties on the other hand is taxed at a flat rate of 30% unless a tax treaty specifies otherwise.

Form 1040-NR requires non-resident aliens to provide their personal details such as their name and address, as well as either a US social security number (for Green Card holders) or an ITIN (Individual Taxpayer Identification Number). If you don’t have an ITIN, you’ll need to apply for one.

If you have any questions or doubts about filing IRS Form 1040-NR, seek advice from a US expat tax specialist, as penalties can apply for incorrect or incomplete filing. Your advisor will also seek to help you avoid double taxation and minimize your US tax liability.

Note that non-resident aliens married to a US citizen can file a joint US tax return with their spouse, however it is rarely in either of their best interest to do this. Again, the most sensible course is to seek professional advice to ensure you file in your (and your spouse’s) best interest.