Taxes for Expats – How is Unearned Income Taxed? 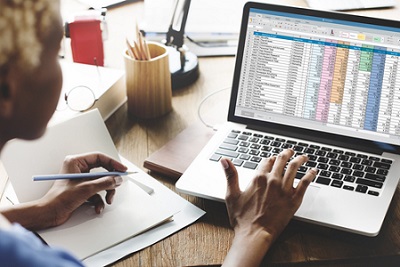 Americans living abroad have to file US taxes, reporting their total global income, wherever it may be sourced. They also often have to fulfil additional reporting requirements relating to any foreign registered bank accounts, investments, and businesses that they may have.

Different types of income can be taxed in different ways though. In this article we look at how unearned income is taxed.

What is earned income?

The first issue to understand is the difference between earned and unearned income. In general terms, earned income is income or benefits that are received as compensation for employment or for a service provided. These include:

What is unearned income?

Unearned income on the other hand covers most other types of income, and most often being a return on savings or investments. Specific categories of unearned income include:

How is unearned income taxed?

For federal income tax purposes, expats must report all of their income, both earned and unearned, wherever in the world it is sourced. Income received in a foreign currency should be converted into US dollars using a reputable conversion source.

There are two notable exceptions that can be taxed differently though – capital gains income, and dividend income.

Similarly, while some dividend income is considered ordinary income for federal income tax purposes, other dividends are known as Qualified Dividends if they have met very specific criteria. This includes being paid by a US company or qualifying foreign company, and the underlying shares must have been held for a certain amount of time (normally 60 or 90 days) before the dividend is paid. Qualified Dividends are taxed at the preferential capital gains rates.

One advantage of receiving unearned income is that it isn’t subject to US social security or Medicare taxes. For expats, all earned income from a US employer and any self-employment income is otherwise subject to these additional US taxes (unless a Totalization Agreement exists between the US and the expat’s country of residence).

How can expats mitigate their US tax liability for unearned income?

One way that expats can mitigate their US income tax liability on their unearned income is if they pay foreign income tax on the same income and then claim the Foreign Tax Credit.

Expats can claim the Foreign Tax Credit by filing IRS Form 1116 when they file their federal tax return.

The Foreign Tax Credit lets expats claim US tax credits up to the same value as the foreign taxes they’ve paid on both their earned and unearned income. For the many expats who pay foreign income taxes at a higher rate than the US rate, claiming the Foreign Tax Credit will reduce their US tax bill to zero (and often leave them with excess credits that they can carry forward).

Expats can’t claim the Foreign Earned Income Exclusion to mitigate US taxes on their unearned income on the other hand.

The application of provisions from tax treaties however, can be another method of reducing US tax related to unearned income in certain circumstances.

Expats who are behind with their US tax filing because they didn’t know that they had to file from abroad can catch up without facing penalties under an IRS amnesty program called the Streamlined Procedure, so long as they do so before the IRS contacts them.