Small Business Tax Reporting From Abroad for US Expats 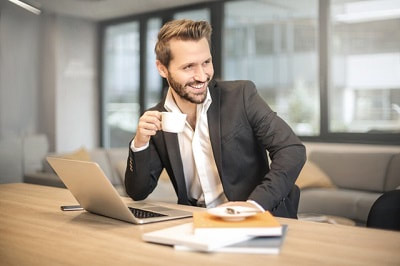 US expats are the new American pioneers, traveling to and living in every corner of the world. If considered as a single community, they would be the eleventh largest state by population.

Many Americans living abroad start a small businesses. For some it’s a business with physical premises such as an office, shop of cafe, for others it’s a virtual online business perhaps offering digital services around the world.

For all US expats though, because the US taxation system is based on citizenship rather than residence, Americans living abroad are required to report their worldwide financial activity to the IRS, including their income, their business activity, and in many cases their foreign financial accounts and assets. This is the case regardless of whether expats also pay taxes in a foreign country.

How much small business tax reporting US expats have to do – and how much tax they pay) – varies a lot depending on their small businesses’ legal status, so it’s worth considering this from the outset if possible.

If your small business is a foreign-registered limited liability corporation, it requires IRS corporate filing unless you file form 8832 electing it to be considered a ‘disregarded entity’.

This is advantageous in that it allows you to include your business reporting on your personal tax return, reducing your filing burden while also allowing your corporate profits to be grouped with your personal income, which if you claim one or more of the exemptions outlined below can then often be excluded from US tax liability.

US registered limited liability corporations with a single owner are automatically considered to be disregarded entities, so if your small business is registered in the US, you won’t need to file form 8832 to include your business reporting on your personal tax return.

“The United States has entered into agreements, called Totalization Agreements, with several nations for the purpose of avoiding double taxation of income with respect to social security taxes.” – the IRS

If your single-owner business is registered in the US and you pay yourself a salary, or if you are self employed, while you won’t have to file a separate corporate tax return, you will still be liable to pay US FICA taxes (Medicare and social insurance) though. In the first of these scenarios, you are liable to pay double as both employer and employee. These taxes can seriously dent your income, especially if you’ve settled abroad permanently and you’re also making social security contributions in the country where you live.

The way round this is to establish a company in a country that only taxes income earned in that country, such as Belize for example, either as a standalone corporation or as a subsidiary of your US company, and use form 8832 to classify it as a disregarded entity.

Your new company should invoice your US corporation (or your clients directly if possible if you’re self-employed) for your work, and then pay you a salary. This way, as you’re neither employed directly by a US corporation nor self-employed, you won’t be required to pay FICA taxes.

Personal taxes and exemptions for expats

Thankfully, there are several exemptions available for expats that reduce their US tax liability – often to zero.

The Foreign Earned Income Exclusion lets you exclude up to around $100,000 of your income from US taxes if you can prove that you live abroad, either by proving that you spend 330 days a year outside the US, or by providing proof of permanent residence in another country. To claim the Foreign Earned Income Exclusion, you should file form 2555 with your federal tax return.

If you live in a country and already pay higher income tax rates than the US though, it may be preferable to claim the Foreign Tax Credit, which gives you a $1 tax credit for every dollar of tax you’ve paid in another country. This way you can claim more tax credits than the tax you owe and carry forward the left over credits for use in the future. To claim the Foreign Tax Credit, you should file form 1116 with your tax return.

Note that while any tax due should still be paid by April 15th, expats have until June 15th to file their personal US tax return. A further extension until October 15th is available upon request.

Americans with bank or investment accounts that between them have a total combined value of over $10,000 at any time during the tax year also have to file an FBAR (Foreign Bank Account Report). Qualifying accounts include accounts that you have control or signatory authority over even if they’re not in your name, so you should potentially include your small business bank account in this calculation, if it is held abroad.

In practice an FBAR is FinCEn form 114, which should be filed online by April 15th, although an extension is available until October 15th.

Americans who have overseas assets with a total value in excess of $200,000 meanwhile, not counting physical assets such as property or cars but including the value of your small business, should report them by filing form 8832 along with their federal tax return.

Didn’t know you had to file US taxes?

If you didn’t know that expats still have to file US taxes, don’t panic: there’s an IRS amnesty program called the Streamlined Procedure that lets you catch up without facing any penalties or fines.