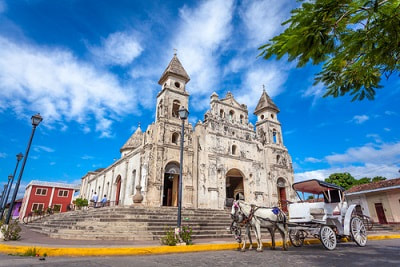 It has been estimated that there are 4,000 Americans living in Nicaragua.

Living in Nicaragua is an incredible experience for a number of reasons, including the quality of life, the friendly locals, the relaxed culture, and the beaches and landscapes. As an American expatriate living in Nicaragua though, what exactly do you need to know regarding filing US expat (and Nicaraguan) taxes?

The good news is if you are paying income tax in Nicaragua, there are various exclusions and exemptions available to prevent you paying tax on the same income to the IRS too.

“Personal business-related expenses are deductible if properly documented and accounted for and if accepted by the fiscal authorities as proportional to income originated by the business activities. 25% of education, health, and professional services are deductible.”
– PricewaterhouseCoopers

If you pay income tax in Nicaragua, there are several exemptions that allow you to pay less or no US income tax on the same income to the IRS. The main exemptions are the Foreign Earned Income Exclusion, which lets you exclude the first around US$100,000 of foreign earned income from US tax if you can prove that you are a Nicaraguan resident, and the Foreign Tax Credit, which gives you a $1 tax credit for every dollar of tax you’ve paid in Nicaragua. These exemptions can be combined if necessary. Remember though that even if you don’t owe any tax to the IRS, if your income is over US$10,000 (or $400 if you’re self-employed) you still have to file a federal return.

The US and Nicaraguan governments share taxpayer info, and Nicaraguan banks pass on US account holders’ account info to the IRS, so it’s not worth not filing or omitting anything on your return. The penalties for incorrect or incomplete filing for expats are steep to say the least.

If you’re a US citizen, green card holder, or US/Nicaraguan dual citizen, and you have been living in Nicaragua but you didn’t know you had to file a US tax return, don’t worry: there’s a program called the IRS Streamlined Procedure that allows you to catch up on your filing without paying any penalties. Don’t delay though, in case the IRS comes to you first.

Nicaraguan taxes – what you need to know

Foreigners living in Nicaragua are considered a resident for tax purposes if they spend a minimum of 180 days in Nicaragua in a calendar year. Residents are taxed solely on their Nicaragua-sourced income on a scale from 0% to 30%. Non-residents are charged a flat rate of 15%. There is also a social security tax of 6.25% on employment income.

The Nicaraguan tax year is the same as the American, which is to say the calendar year. Nicaraguan tax returns are due by March 31st. The Nicaraguan tax authority is called the Direccción General de Ingresos. If your only source of income is employment in Nicaragua, and you aren’t claiming any deductions, you don’t have to file a tax return.

We strongly recommend that if you have any doubts or questions about your tax situation as a US expat living in Nicaragua that you contact a US expat tax specialist.