US Taxation of Foreign Retirement Accounts for Expats 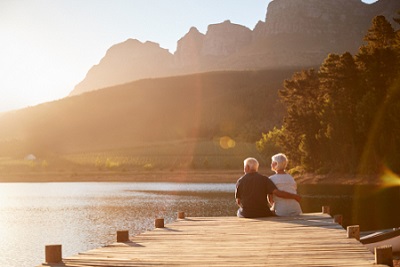 Because the US tax system is based on citizenship, all US citizens, including expats, have to file a tax return to the IRS every year, reporting their worldwide income and assets.

Foreign retirement plans often have tax benefits in the country where they are established, but these benefits are rarely recognized by the US tax system too, and US taxation of foreign retirement accounts can be complex. Expats should always seek professional advice relevant to their individual situation.

Foreign retirement accounts may need to be reported in multiple ways, depending on the type of account and the expat’s overall account balances and asset values.

“Unless specified otherwise in an income tax treaty, foreign social security pensions are generally taxed as if they were foreign pensions or foreign annuities.” – the IRS

The first way in which foreign retirement accounts may have to be reported is on an FBAR.

Expats who have over $10,000 in total in foreign financial accounts at any time during a year, including individual retirement accounts, bank accounts, other individual investment accounts, and any other bank accounts that they have signatory authority or control over (even if not registered in their name, such as a business bank account), must file an FBAR to report them.

An FBAR is a Foreign Bank Account Report. FBARs must be filed online annually to FinCEN. The IRS receives balance information directly from foreign financial firms, so it can verify information provided. While foreign financial accounts aren’t intrinsically taxable, penalties for not reporting them are steep, starting at $10,000 per year.

Additionally, expats who have over $200,000 of foreign financial assets at any time during a year, including the balance of their individual pension accounts, have to report them on IRS Form 8938.

Lastly, some types of foreign retirement accounts are considered to be Passive Foreign Investment Funds, and so have to be reported on IRS Form 8621.

Foreign retirement account distributions are considered taxable income by the US, even if they aren’t taxable in the foreign country where they are paid, and unless specifically exempted in a tax treaty.

If they are considered taxable income in a foreign country as well as by the US, the recipient can claim the US Foreign Tax Credit when they file their US tax return, which provides US tax credits for the same value as the foreign taxes they’ve paid on their income. This provides relief against double taxation. The US Foreign Tax Credit can be claimed by filing IRS Form 1116.

Many expats aren’t aware that the US taxes all US citizens’ global income, and that foreign registered financial accounts and assets may have to be reported too. These expats can catch up with their US tax filing and reporting without facing penalties under an IRS amnesty program called the Streamlined Procedure, so long as they do so voluntarily before the IRS contacts them about it.