PFICs and US Tax for Expats 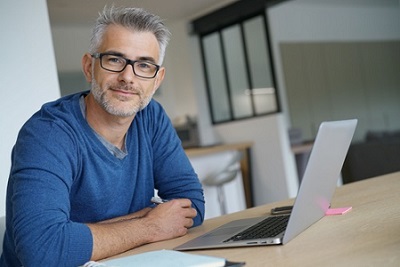 Americans living abroad are required to file US taxes, reporting their worldwide income. This is because (unlike most countries) the US taxes based on citizenship, meaning that where in the world you happen to be living doesn’t matter.

Unfortunately, tax treaties don’t protect American expats from double taxation (i.e. from filing both US taxes and taxes in the country where they reside). Instead, when expats file, they can claim one or more IRS provisions such as the Foreign Tax Credit and the Foreign Earned Income Exclusion to help them avoid paying income taxes twice.

Americans based abroad may also have to report any foreign accounts, investments, and business interests that they may have.

One particular IRS category of foreign entity that Americans are required to report is Passive Foreign Investment Companies, or PFICs. The rules for what qualifies as a PFIC, and reporting them, are complex. In this article we provide a brief overview.

The IRS has two tests to identify a PFIC. If a foreign registered entity meets either of them, then it is considered a PFIC. The tests are:

1 – If at least 75% of its income is considered passive income, such as from investments, interest, rents, capital gains, dividends etc.

2 – If at least 50% of its assets produce or are held to produce passive income.

Examples of PFICs can include foreign investment vehicles, mutual funds, trusts, holding corporations, Superannuation or provident funds, ETFs, and Bitcoin/Virtual currency investments, however in all cases it depends on the details of the entity in question.

“A U.S. person that is a direct or indirect shareholder of a passive foreign investment company (PFIC) may have to file Form 8621.” – the IRS

If in doubt, expats should seek the help of a qualified expert to ascertain whether or not they have PFIC investments, as if they do and don’t report them, their entire tax return is considered incomplete so they are considered not to have filed at all.

Who has to report PFICs?

Any American who is either a direct or indirect shareholder in a PFIC must report each of their PFICs on a separate IRS Form 8621 if they:

– Receive certain direct or indirect distributions from a PFIC,

– Recognize a gain on a direct or indirect disposition of PFIC stock,

Both of these scenarios have US tax implications and are generally taxed as income at the highest income tax rate.

Being an indirect shareholder generally means having a share (again either directly or indirectly) in another entity (e.g. a trust or company) that has a share in a PFIC.

How expats should report PFICs

Form 8621 should be filed as part of expats’ federal tax return.

Form 8621 is a complex form to file and we recommend that expats seek professional assistance to identity whether they do in fact have PFICs, and if so to assess the tax implications and assist them in preparing Form 8621.

Expats who are behind with their US tax filing because they were unaware of the rules, including expats who may have filed but neglected to report PFICs because they weren’t aware that they had any, can catch up without facing penalties under an IRS amnesty program called the Streamlined Procedure.